Hanukkah 2022: Everything you need to know about the Jewish holiday

Hanukkah, or the Festival of Lights, celebrates the rededication of the Holy Temple in Jerusalem.

Hanukkah (also spelled Chanukah) is a Jewish holiday that lasts for eight nights, usually in November or December. This year, it begins at sundown on Sunday, Dec. 18, and ends Monday, Dec. 26.

Many people might not know the rich history and tradition that goes along with the Jewish festival. Here is what you need to know about Hanukkah.

Hanukkah starts on the 25th of Kislev, a month in the Hebrew calendar that usually falls within November or December. Also known as the Festival of Lights or the Feast of Dedication, the holiday celebrates the rededication of the Holy Temple in Jerusalem following the Maccabean revolt against the Syrian-Greek army. The holiday takes place for eight nights and days, commemorating the rededication of the Holy Temple.

What is the history behind Hanukkah?

Hanukkah commemorates the Maccabean Revolt against the Syrian-Greek army. According to biblical text, Mattathias the Hasmonean started the revolt by refusing to worship the Greek gods. Hanukkah, in particular, celebrates Judah Maccabee's victory over the Seleucids. Rabbinic tradition states the victorious Maccabees could only find an amount of oil to keep the commemorative Menorah lit for one night. However, the Menorah miraculously stayed lit for eight nights.

How does one light a Menorah?

The most common tradition of Hanukkah is the lighting of a commemorative menorah. Many families of the Jewish faith will commonly have these in their homes, while Jewish organizations and communities as a whole may have larger menorahs displayed in public organizations. Menorahs are lit with a primary candle first, and that candle is used to light an additional candle for each night. So for the first night, the primary candle and an additional candle are lit, the second night two additional candles are lit, and so on throughout the eighth night. Candles are added to the menorah from right to left but lit each night from starting with the left-most candle.

As the candles are lit, Judaic blessings are often chanted before and during the process.

What are other traditions/rituals of Hanukkah?

Aside from lighting the menorah, other Hanukkah celebrations have become popular in recent years. Many families will give out presents during Hanukkah, usually with one given each night of the holiday. A game of dreidel, a spinning top inscribed with Hebrew letters, is a common way to celebrate the holiday. Additionally, followers may cook traditional Hanukkah dishes like potato latkes or Sufganiyot, a donut filled with strawberry jelly. Chocolate gelt coins are also given out during the holiday. 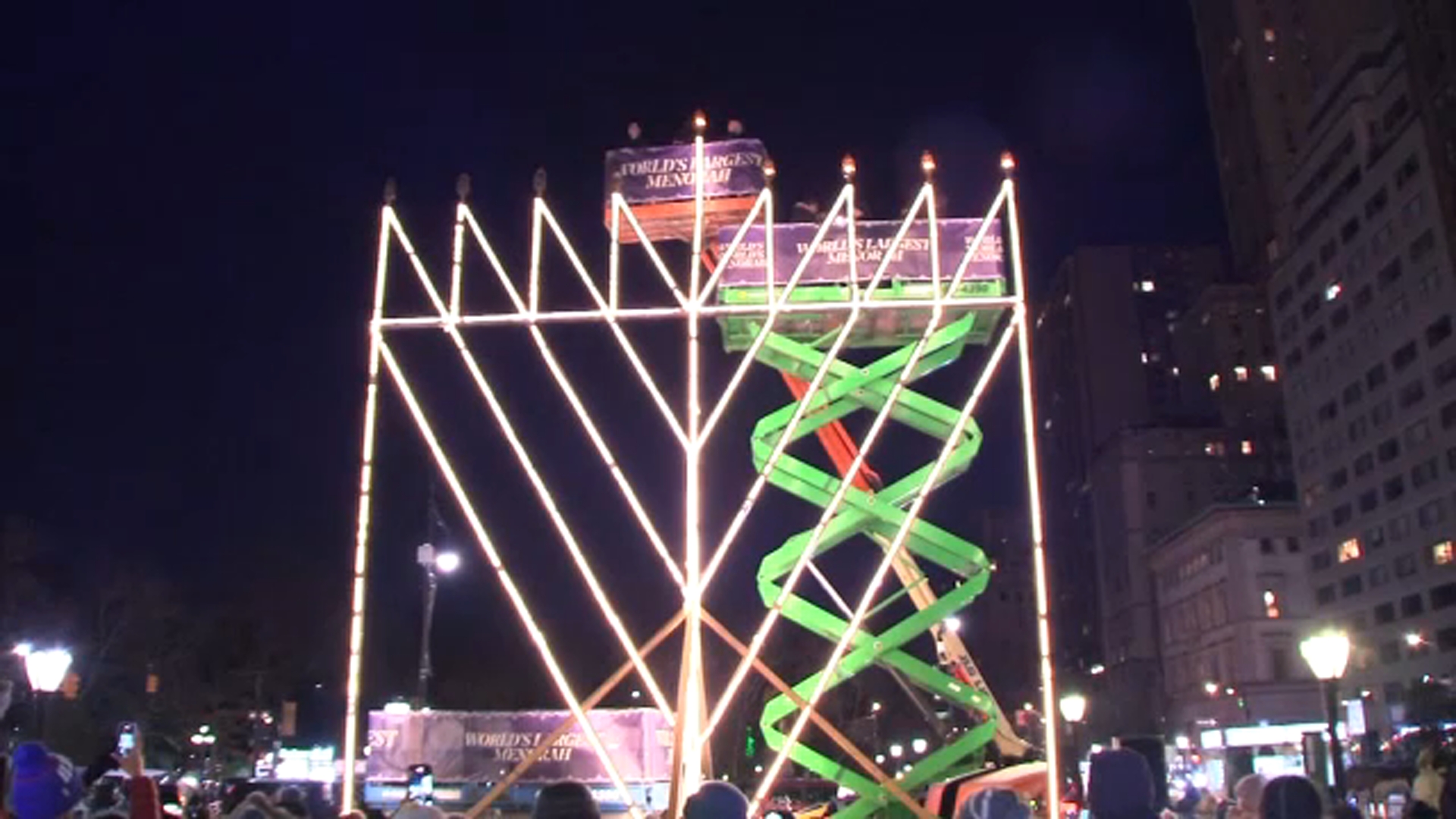 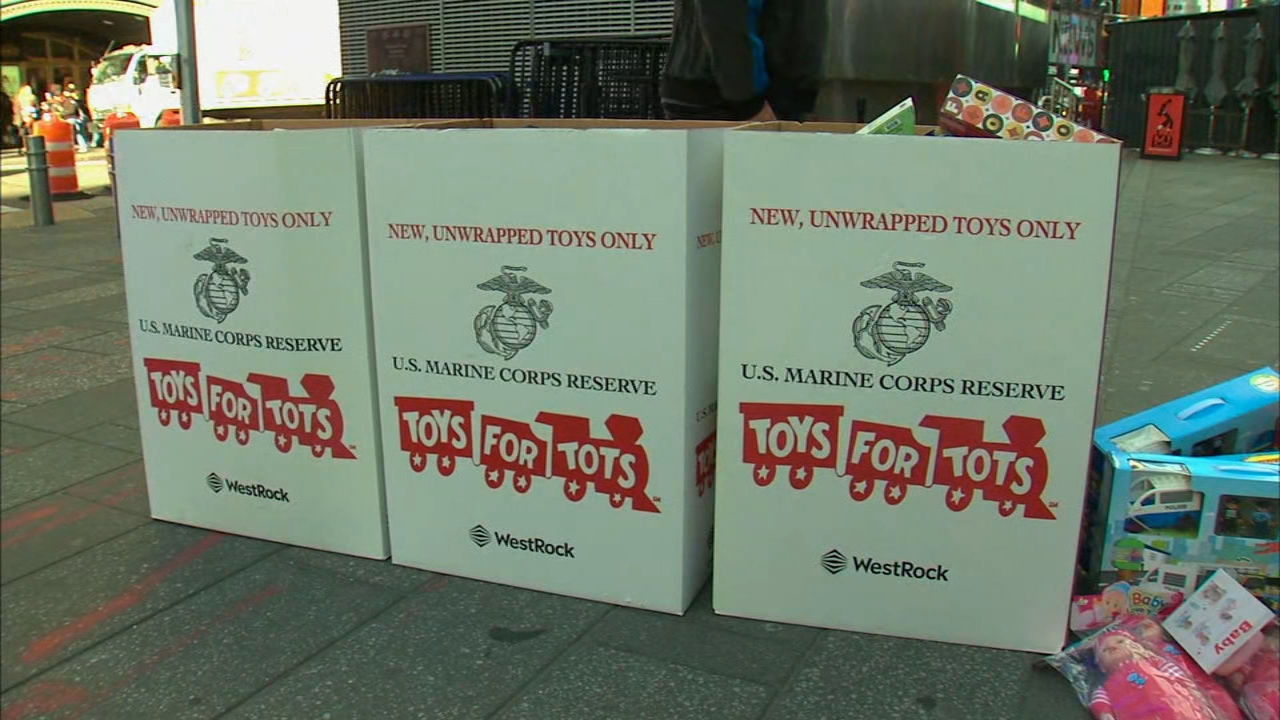 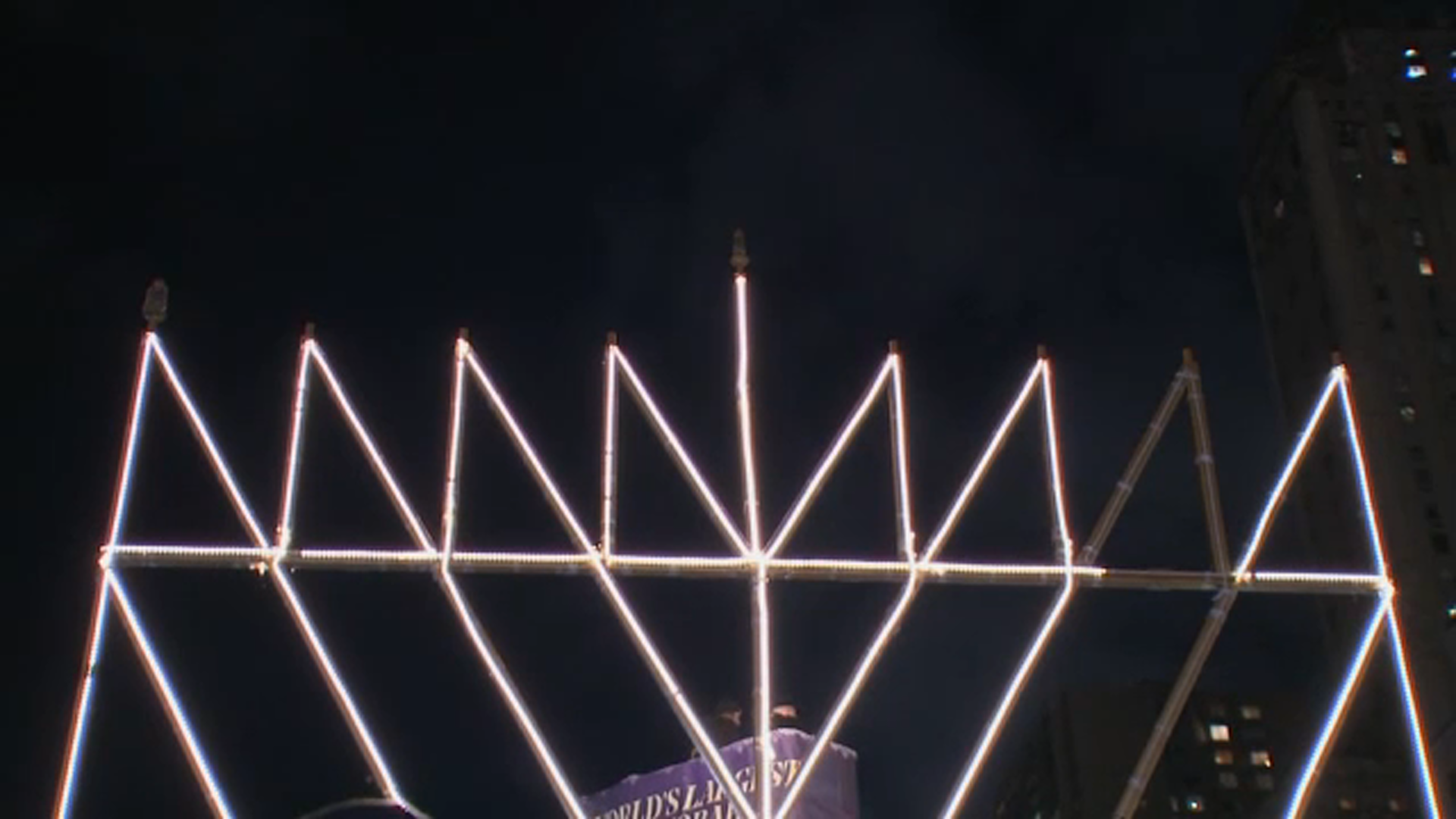