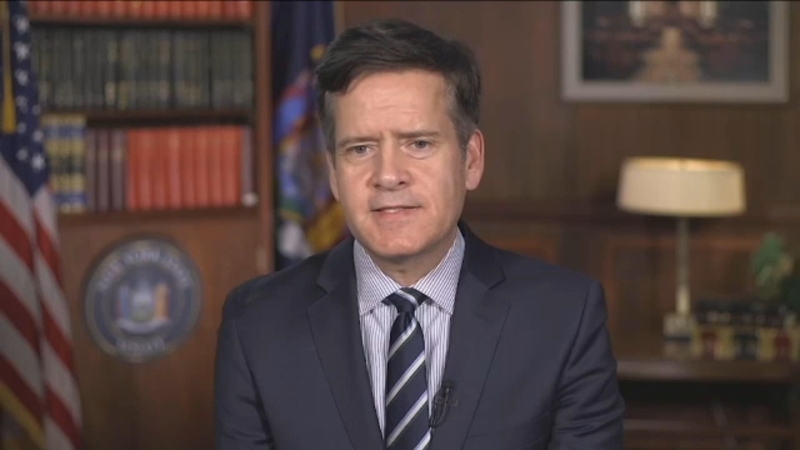 State senator says NYBC turned him away for being gay

Hoylman wrote the letter after getting turned away at the Blood Center in early May, more than a month after the Food and Drug Administration issued new guidelines easing restrictions on blood donations from gay and bisexual men.

"I found, as a gay man, it was entirely insulting to be turned away by the New York Blood Center," Hoylman said. "The federal government is encouraging citizens to donate blood during this pandemic. The fact that I couldn't do so makes me feel like a second class citizen. It's completely discriminatory. It's not based on science. It's insulting to LGBTQ people, and it sends a really negative message."

On April 2, the FDA changed its guidelines, which previously barred gay and bisexual men from donating blood if they had had sex with a man within the prior year. The new guidelines require abstinence from sex with another man for only three months.

Hoylman had been among multiple lawmakers who wrote the FDA requesting it eliminate the barriers to blood donations for gay men as the COVID-19 pandemic strained the nation's blood supply.

In a statement, a spokesperson for the New York Blood Center, one of the largest, community-based, non-profit blood collection organizations in the country, indicated NYBC has long advocated for the FDA to lift blood donation restrictions on gay and bisexual individuals.

"New York Blood Center is pleased with this new guidance," wrote the NYBC spokesperson. "We have been pushing the FDA to make these scientifically-based changes for decades, and we will continue to advocate for further changes to this policy as scientific data permits. This will allow us to grow our pool of potential donors at a critical time and will help ensure a robust blood supply for our communities in the weeks and months ahead. It will take time for us to modify our computer systems and donor questionnaires, and to train staff on new guidelines. We're working as quickly as possible and we expect to welcome these newly eligible donors at the beginning of June."
Many blood centers have indicated they were also waiting on an updated blood donor history questionnaire produced by AABB (formerly American Association of Blood Banks), which accredits the majority of blood banks in the U.S.

In a statement, a spokesperson for AABB indicated the organization had been waiting on the FDA to complete a formal review process which was not complete until May 5.

"On that same day, AABB posted the new FDA recognized documents for use by all blood donor centers," the AABB spokesperson wrote. "At this point, blood centers are in the process of updating their policies, procedures and electronic information systems, and all complex regulatory processes which must be completed prior to implementing the new blood donation deferral eligibility for men who have sex with men (MSM) donors. AABB welcomes FDA's decision and will continue working with our government and private-sector partners to drive progress and make the act of donating blood more inclusive."

Hoylman called the new guidelines a step in the right direction, but said ultimately all restrictions on blood donations from gay and bisexual individuals should be lifted.

"We can screen blood to detect pathogens like HIV, AIDS," Hoylman said. "This is a policy that needs to be overturned in its entirety. The ban on gay men donating blood isn't based on science. There is screening now that can detect pathogens in blood like HIV, AIDS, not to mention the fact that gay and bisexual men are not the only carriers of HIV, AIDS. We need to end the blood ban on gay and bisexual men but in the meantime blood banks should update their guidelines to follow the FDA's recommendation of a three month, not an entire year deferral."

RELATED INFORMATION
Share your coronavirus story with Eyewitness News
Stimulus check scams and other coronavirus hoaxes
Coronavirus prevention: how clean are your hands?
Centers for Disease Control and Prevention on coronavirus