"We've had fistfights in the hallway during all hours of the day and night, screaming," Douglas Rowan told Eyewitness News. Watch the video to see more
WABC
By Dan Krauth 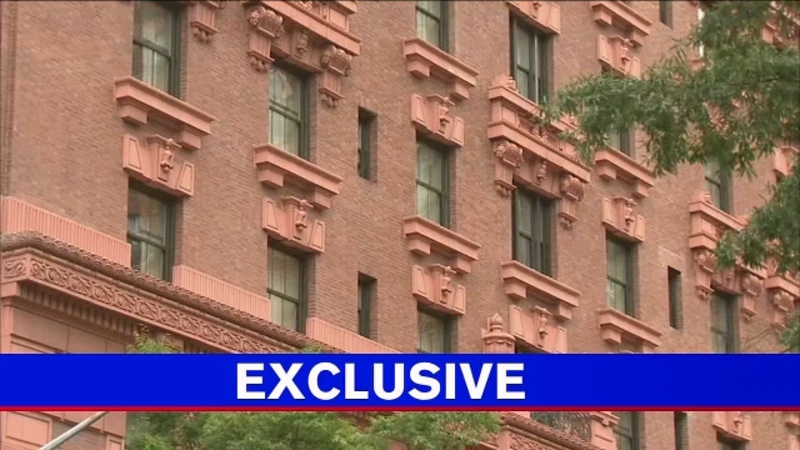 NEW YORK CITY (WABC) -- The coronavirus pandemic is exposing a big problem for the city of New York -- homelessness.

Eyewitness News has reported in-depth on the issues surrounding hotels that are housing homeless men during the COVID-19 crisis, but now we're hearing from those who haven't spoken out before - the families who live inside a building which has now been turned into a makeshift shelter.

RELATED: Homeless shelters should be reopened across the state, Cuomo says

"We've had fistfights in the hallway during all hours of the day and night, screaming," Douglas Rowan said.

Rowan has lived in an apartment inside the Lucerne on the city's Upper West Side for more than three decades. He lives with 9 other residents inside the building, all senior citizens.

During the height of the pandemic, the city wanted to keep homeless men out of crowded shelters for their own safety and decided to put more than 200 men inside the Lucerne. But the hotel wasn't empty. It's where Rowan and 9 other long residents have lived.

"We were being glared at, threatened, being called names, death threats, it was terrifying," Rowan said. "Now we are just in the apartment except to walk the dogs, then we come right back."

After numerous complaints from the community about the location of the temporary shelter and the activity surrounding it, the city then decided to transfer the men to another shelter in Midtown, displacing hundreds of homeless families who live there. That is until community leaders rallied against it.

Now, the city says they're halting those plans, and will now transform an unnamed hotel in Wall Street into a shelter and move the men from the Lucerne temporarily into the other building. However, no timeline has been announced as to when that will happen.

Controversy surrounding a homeless shelter on the Upper West Side has taken a new turn on Friday.

"Meanwhile, we're at jeopardy for COVID because no one's enforcing any of the guidelines to protect us," Rowan said.

A spokesperson for the New York City Department of Homeless Services released a statement staying:

"To ensure we are providing the best quality services to our most vulnerable, we will not be transferring families from the Harmonia Shelter or the Flatlands shelter at this time. As we look for alternative, non-congregate sites to begin phasing out our use of emergency COVID hotels until health experts say it is safe to return to congregate settings overall, individuals residing at our temporary commercial hotel location in Long Island City will also remain in their current location. Opening quality, borough-based shelters in neighborhoods across the city-the staple of our Turning the Tide plan-remains our first priority, which is why we will be converting a commercial hotel location in the Wall Street area to a permanent Turning the Tide shelter-the first of its kind in this Manhattan Community District. The men currently residing at the Lucerne will be relocated to this location and will continue to be served by Project Renewal at this time, which has a well-deserved reputation as an excellent client services provider."