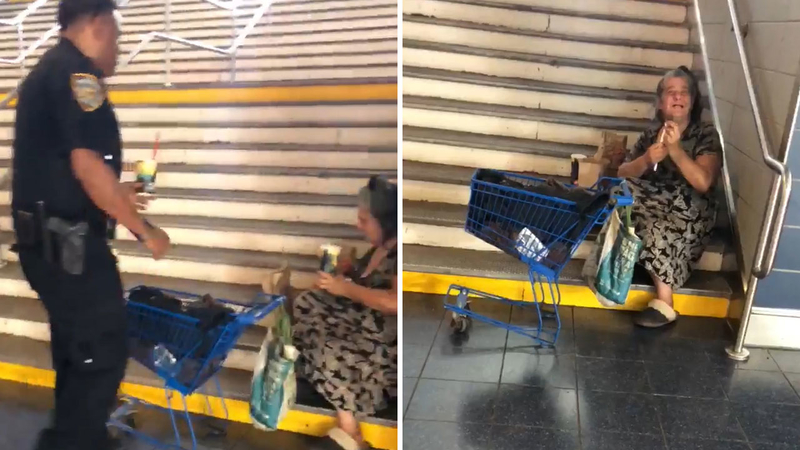 STATEN ISLAND (WABC) -- NYPD officers on Staten Island are being praised after a video showing them singing "Happy Birthday" to a homeless woman was shared hundreds of times on Facebook.

The video, posted by Facebook user Madie Dee on June 21, shows a group of officers inside the St. George Ferry Terminal greeting the woman, whose name is Lisa, singing to her.

They even bought her burgers, fries and a soda.

When Officer Leron Lee purchased the meal, his colleagues, Officers Kevin Ng and Paul Lantieri, started teasing him for cheating on his diet. But when they saw the meal was for Lisa, a woman who frequents the terminal, they decided to join in on the birthday celebrations.

"A little embarrassed," Lee said. "I didn't do it for the positive feedback I got. I just did it to show someone gratitude on their birthday."

Staten Island residents are appreciating the positive attention this story brings to their community.

"Sometimes they're shed in a negative light, so putting themselves out in the community and having them do positive things, especially singing happy birthday to a woman they don't know, that's such a great thing," Kai Bingham said.

"You never be expecting it to happen here on Staten Island where society has more or less threw us to the dogs," said Staten Island resident Wilbur Spann. "It lifts people's spirits to see something good like that happen."