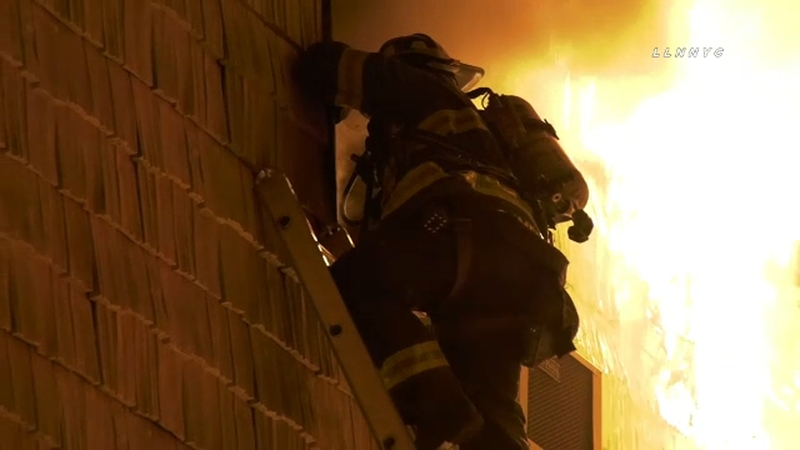 DYKER HEIGHTS, Brooklyn (WABC) -- An intense five-alarm fire at a home in Brooklyn resulted in 12 firefighters being injured and several neighbors who had to be rescued.

It happened just before midnight on 74th Street in Dyker Heights.

More than 200 firefighters worked together to fight the flames throughout the three-floor building.

There were 12 non-life-threatening injuries to Firefighters on scene of this morning’s fifth alarm at 1330 74th Street in Brooklyn, and no civilian injuries reported. pic.twitter.com/lbjHW9BUl5

One firefighter climbed down from a ladder and had to have flames smothered from his burning jacket.

The fire also extended to a neighboring home.

Officials say everyone inside both homes have been safely accounted for.

One resident had to leave behind her cat as well as her belongings.

She was assured by firefighters that they would locate her pet.