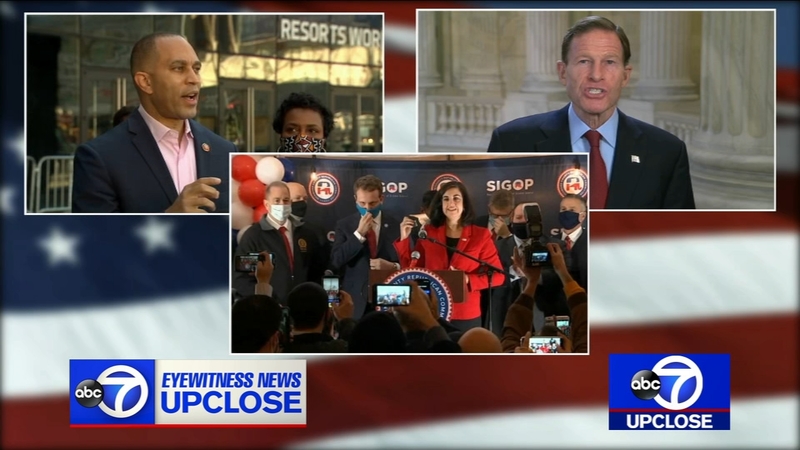 NEW YORK CITY (WABC) -- A special live edition of "Up Close" aired Sunday when Bill Ritter and his guests discussed everything that has happened since Election Day.

New York Assemblywoman Nicole Malliotakis was asked about her priorities in Congress.

They discussed the election results between Donald Trump and Joe Biden as well as the impact of local elections in the Tri-State area.

She was supported by President Trump and benefited from that in some areas.

Ritter interviewed Malliotakis on Friday ahead of the live episode of "Up Close" and asked her what her priorities will be in Congress.
EMBED More News Videos

Bill Ritter talks to Congresswoman-elect Nicole Malliotakis (R) about her victory. The interview is part of Up Close this Sunday at 11:00 a.m.

The Associated Press has not yet officially called the race. Despite Malliotakis declaring victory, Rep. Rose says there are still many absentee ballots to be counted.