Puerto Rico is suffering through another major hurricane on the 5-year anniversary of Hurricane Maria.

The Tri-State Area is ramping up aid efforts to Puerto Rico after Hurricane Fiona devastated the island. Joe Torres has the story.

NEW YORK (WABC) -- The Tri-State Area is ramping up aid efforts to Puerto Rico after Hurricane Fiona devastated the island.

Fiona, which strengthened to a Category 4 storm that is now taking aim at Bermuda, has been blamed for directly causing at least four deaths in its march through the Caribbean, where winds and torrential rain in Puerto Rico left a majority of people on the U.S. territory without power or running water.

Hundreds of thousands of people scraped mud out of their homes following what authorities described as historic flooding, with much of the population still recovering five years after Hurricane Maria, which made landfall as a Category 4 storm and caused the deaths of an estimated 2,975 people.

On Wednesday, Mayor Eric Adams announced that an additional team of New York City employees are deploying to Puerto Rico to assist officials already there as they survey the damage caused by the hurricane.

The team will join representatives from the Puerto Rico Emergency Management Agency, FEMA, and other emergency responders to assess damages to infrastructure and essential services caused by the heavy rains, floods, and wind.

"Right now, the most pressing is restoring electricity, and tomorrow our team will be met by a larger contingent, an interagency contingent, from the city," Emergency Management Commissioner Zach Iscol said. "Their job will be assess damage to infrastructure and essential services caused by heavy rains, flood and wind. and they will continue to work alongside our local partners and FEMA to make sure support is getting exactly where it is needed."

NYCEM continues to monitor the situation in the Dominican Republic and other Caribbean countries, and the city stands ready to provide additional aid to those affected countries.

Fellow Dominican and Transportation Commissioner Ydanis Rodriguez understands the mental anguish. He was in Puerto Rico five years ago, and he says support from the mainland sends a message to all the victims that they are not forgotten.

"Definitely we have to show the Puerto Ricans and the Dominicans that we are here, ready to fight, shoulder to shoulder," he said.

The city encourages people to make donations through trusted nonprofits. The Mayor's Fund to Advance New York City has created a webpage that directs those interested in donating to those affected by Hurricane Fiona to some trusted nonprofits.

Local residents are also pitching in to lend a hand with disaster relief efforts. Ponce Laspina arrived in San Juan only two days before the storm, knowing Fiona was coming. He decided not to cancel his planned visit in order to experience the storm for himself, in part to understand how he and his El Maestro Boxing Gym community in the Bronx could help.

Laspina is collecting items at the boxing gym and at a nearby neighborhood event this weekend. Items will be collected at Vyse Avenue between East 167th Street and Home Avenue Saturday from 12 to 7 p.m. They're hoping to fill at least two shipping containers that leave from Brooklyn next week.

"We will have over 100 troopers from New York State Police Department on their way to Puerto Rico," Governor Kathy Hochul said. "The island of Puerto Rico has had to endure the destruction of the hands of Mother Nature. It's reminiscent of five years ago when we were all just shocked by the scale of devastation on the island. And the images are still very vivid."

New York is also working the Red Cross, SOMOS and other partners to send medical and other supplies, and teams from the New York Power Authority are ready to deploy and assist in restoring power to the island.

"New York knows full well the devastating impact that Mother Nature can bring, and that is why we stand ready to help the people of Puerto Rico recover and rebuild from this terrible storm," Hochul said. "Our brothers and sisters in Puerto Rico are incredibly resilient but, in times like this, New York will be there to help in any way we can, including sending personnel and resources to help the island and its residents recover."

In New Jersey, Paterson is collecting donations and also planning a relief driver for October, and Senator Richard Blumenthal (D-CT) said he plans on petitioning Congress for additional support.

Power company officials in Puerto Rico initially said it would take a few days for electricity to be fully restored but then appeared to backtrack late Tuesday night. Only 26% had power as of Wednesday morning., three days after Fiona hit the island.

"Hurricane Fiona has severely impacted electrical infrastructure and generation facilities throughout the island," said Luma, the company that operates power transmission and distribution. "We want to make it very clear that efforts to restore and reenergize continue and are being affected by severe flooding, impassable roads, downed trees, deteriorating equipment, and downed lines."

The hum of generators could be heard across the territory as people became increasingly exasperated.

Luis Noguera, who was helping clear a landslide in the central mountain town of Cayey, said Maria left him without power for a year. Officials themselves didn't declare full resumption of service until 11 months after Maria hit.

"We paid an electrician out of our own pocket to connect us," he said, adding that he doesn't think the government will be of much help again after Fiona.

Long lines were reported at several gas stations across Puerto Rico, and some pulled off a main highway to collect water from a stream.

"We thought we had a bad experience with Maria, but this was worse," said Gerardo Rodríguez, who lives in the southern coastal town of Salinas.

Parts of the island had received more than 25 inches of rain and more had fallen on Tuesday.

By late Tuesday, authorities said they had restored power to nearly 380,000 of the island's 1.47 million customers. Piped water service was initially knocked out for most of the Island's users due to lack of power and turbid water at filtration plants, but 55% had service Wednesday morning.

On Wednesday, the National Weather Service in San Juan issued a heat advisory for several cities because a majority of people on the island of 3.2 million remain without power.

The head of the Federal Emergency Management Agency traveled to Puerto Rico on Tuesday as the agency announced it was sending hundreds of additional personnel to boost local response efforts.

Meanwhile, the U.S. Department of Health and Human Services declared a public health emergency on the island and deployed a couple of teams to the island. 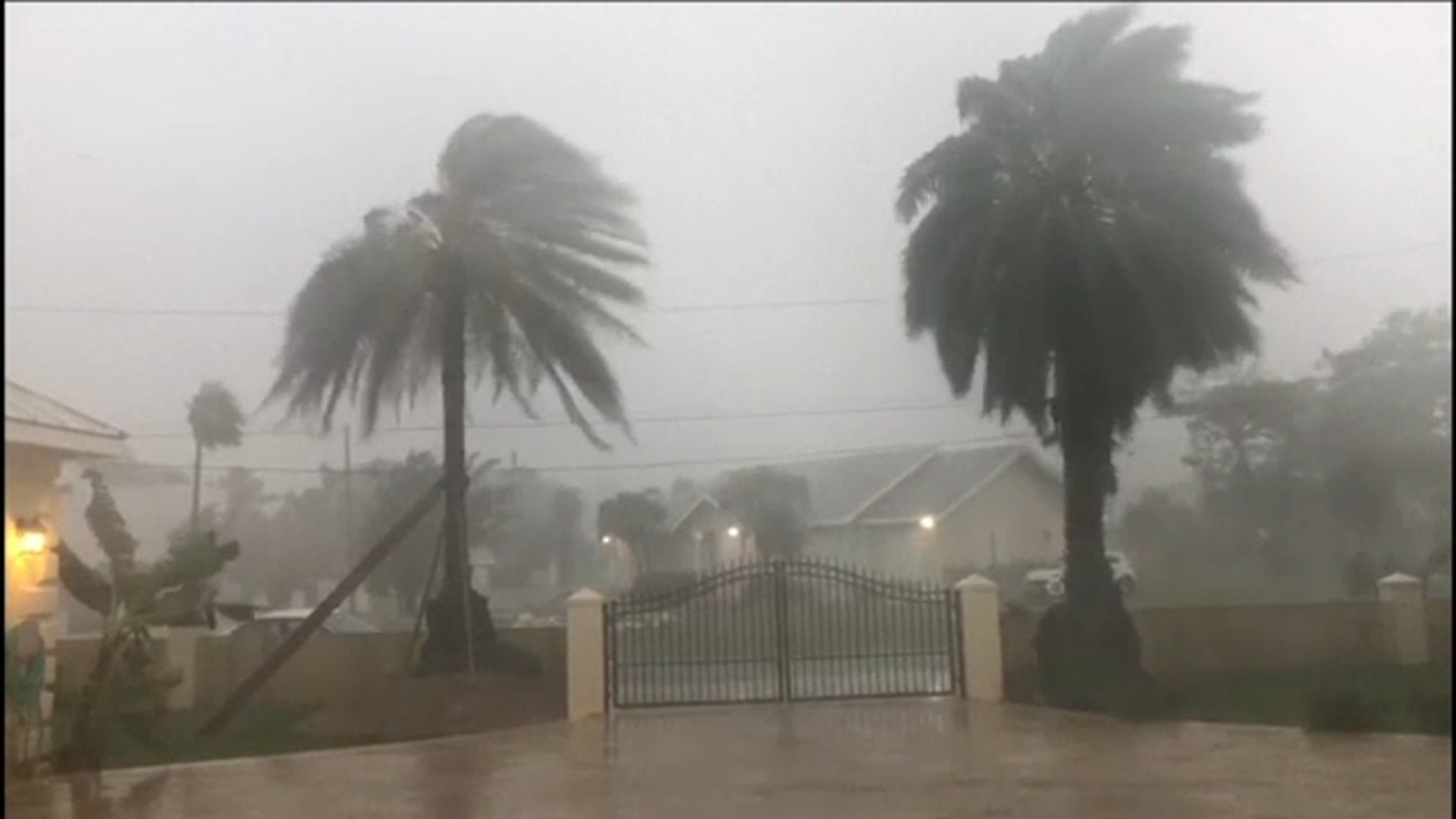 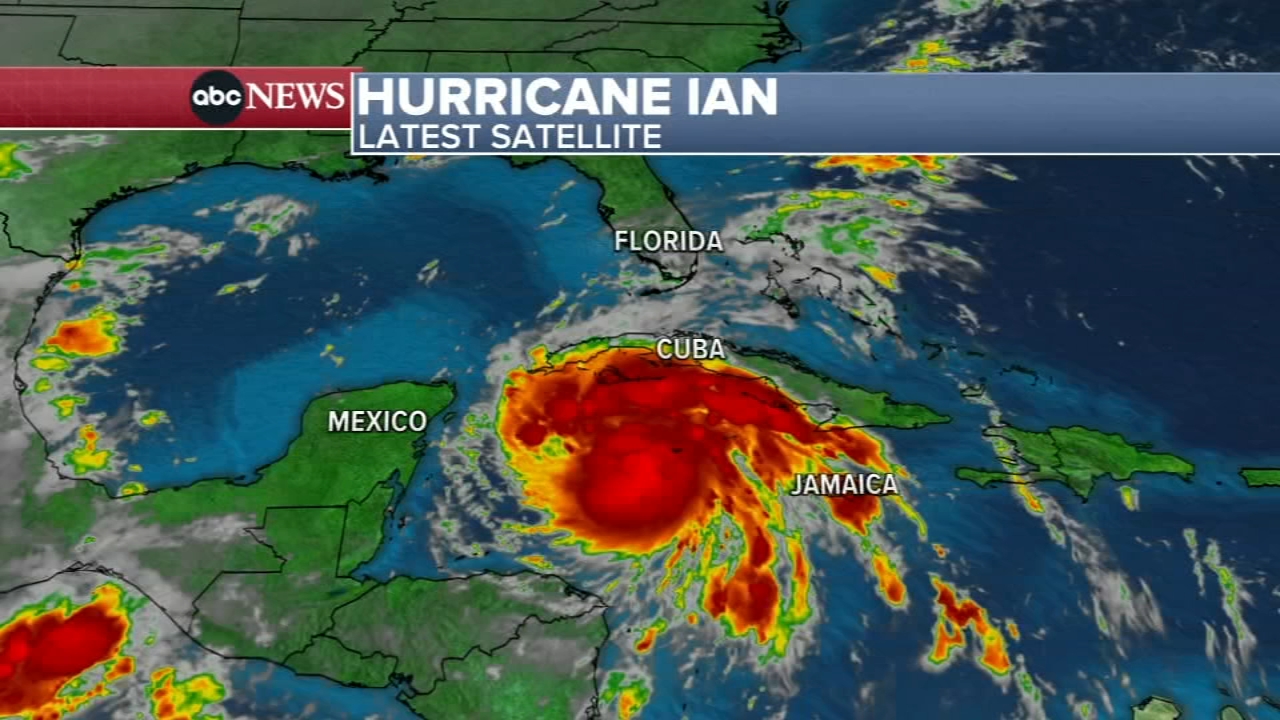 Hurricane Ian upgraded to Category 2 as it heads toward Cuba, Florida