"The long, dark night in America is over and a new dawn is coming... Joe Biden won the election fair and square but now the hard work begins," Sen. Chuck Schumer of New York said at an afternoon news conference.

Schumer said he called President-elect Biden shortly after hearing the news. Schumer was visiting Brooklyn at the time and held up his phone so Biden could hear the cheers and celebration.

I called Joe Biden, and I held up the phone to let him hear Brooklyn cheering.

Other political leaders in the Tri-State area have expressed their thoughts on Twitter.

There's much to celebrate, but more than anything, I'm excited to celebrate calling my friend @KamalaHarris Madam Vice President.

RELATED: Joe Biden is set to become the next president of the US

After the darkness, division and hate of the past four years, America has spoken and rejected more of the same.

New York State Lieutenant Governor Kathy Hochul said, "The American people have spoken. Congratulations President-Elect Joe Biden and Vice President-Elect Kamala Harris, making history as our nation's next Vice President. It's time for us to come together as one country and build back better. The real work starts now."

Congratulations, Vice President-elect @KamalaHarris. You’ve already made history. Thank you for knocking barriers down for all of the young women in our city and country.

RELATED: What's next for President Trump?

The voters have spoken, and they have chosen @JoeBiden and @KamalaHarris to be our next president and vice president.

It's a history-making ticket, a repudiation of Trump, and a new page for America.

Thank you to everyone who helped make this happen. Onward, together. pic.twitter.com/YlDY9TJONs

Connecticut Govenor Ned Lamont thanked President Trump for his service and issued this statement celebrating the victory of Joe Biden and Kamala Harris.

What's next for President Trump? 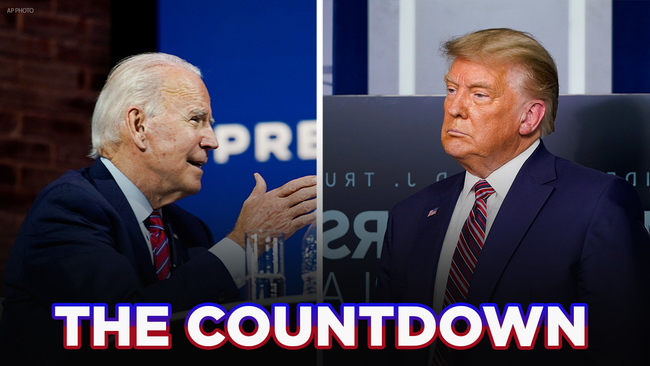