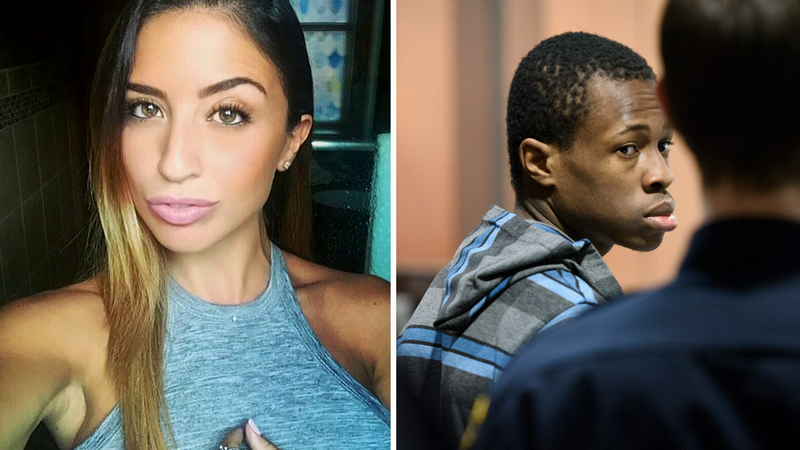 HOWARD BEACH, Queens (WABC) -- The man accused of killing Queens jogger Karina Vetrano was arraigned in Queens Supreme Court Tuesday after being indicted by a grand jury on murder and sexual abuse charges.

Prosecutors read aloud statements that suspect Chanel Lewis gave to police, including asking them to tell his mom that he was sorry.

He is accused of attacking Vetrano, 30, last August when she was jogging near her home in Howard Beach.

Lewis, a 20-year-old Brooklyn man, told NYPD detectives he "just lost it" when he encountered Vetrano on a jogging path, according to prosecutors.

Vetrano "didn't do anything," Lewis said. "I was just mad at the time. I beat her to let my emotions out. I never really meant to hurt her, it just happened."

Lewis pleaded not guilty to the charges. He will return to court on July 13.

According to the account Lewis gave detectives and read in court: Lewis fought with Vetrano for about five minutes. She scratched his face. He hit her five times, breaking her teeth and knocking her out. Lewis said he got "madder and madder and I strangled her" before she fell into a puddle and drowned.

He later told his mom he fell when she asked about the scratches on his face.

Lewis was taken into custody February 4th. The following day when he was booked, police say he said "Tell my mom that I'm sorry", and "Can I speak to someone from the victim's family? I'm sorry for what I did."

Some of the admissions were made on a videotaped interview, while others were given orally to prosecutors and detectives.

He faces up to life in prison without parole if convicted.