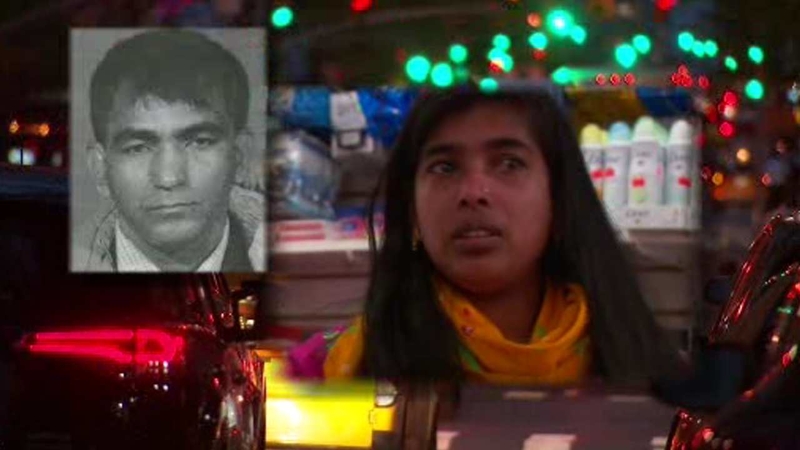 NEW YORK (WABC) -- A friendly ride turned into a terrifying kidnapping according to one woman.

"I got scared. What this guy going to do," said Nipa Monaleesa, victim.

27-year-old Monaleesa is still haunted by the nightmare. On April 7th, as she finished work in the Bronx, she says a friend offered her a ride home in his cab. Except he never delivered.

She claims Mohammad Khalek abducted her, drove her to Connecticut, and offered her $1,000 for sex.

Frightened for her life, this new immigrant jumped out of the cab and ran. She called 911 not realizing she wasn't even in New York anymore. She was 40 miles away in Norwalk, Connecticut.

"He wants sex with my wife. That's the point," said Shahidul Islam, the victim's husband.

Eventually, another motorist help take her to a safe location to wait for police.

The cabdriver was finally arrested Thursday, but in court Friday, he was released on his own recognizance. He lives one floor below the couple. Khalek's family had no comment.

47-year-old Khalek has been a cab driver since 1999. Records show he has five prior arrests.

Last summer, authorities say he called a woman to his cab, showed her pornography, and then asked her for sex.

He was fined $1,000 in that case. Now his license has been suspended.

The victim and her husband, though, are fearful they are not safe with Khalek free for now.