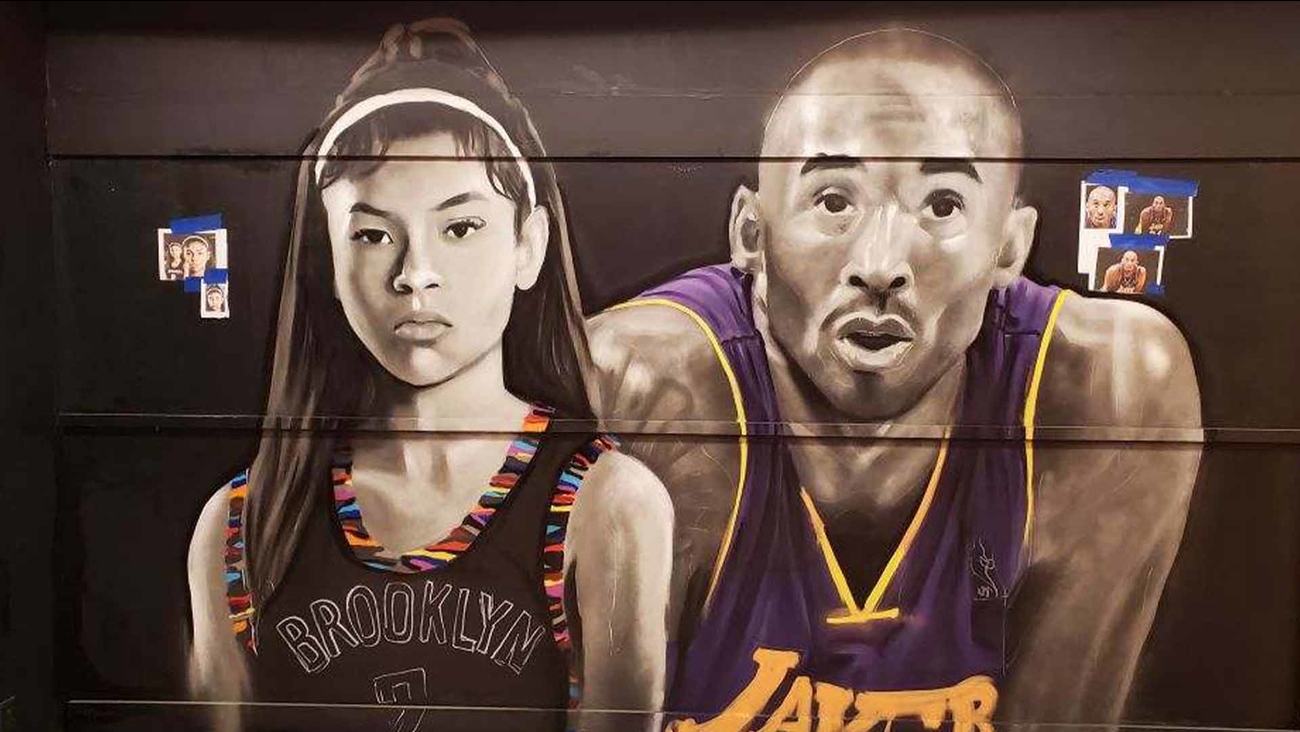 GARDEN CITY, Long Island (WABC) -- A mural of the late NBA legend Kobe Bryant and his daughter Gianna was unveiled at a Long Island mall.

Andaluz the Artist worked on the painting Saturday at Roosevelt Field Mall in Garden City, just in time for National Kobe Bryant Day on Monday, August 24.

He is also the artist that created a Kobe Bryant painting in Brooklyn.
EMBED More News Videos

Just steps away from the Barclays Center, a mural is in the works on Flatbush Avenue.

The mural is located at Hip Hop Dreams on the bottom floor of the Roosevelt Field Mall.

Bryant, his daughter and seven others were tragically killed in a helicopter crash on January 26 in the Los Angeles area.

RELATED: What we know about all 9 victims

The chopper went down in Calabasas, where Bryant's nearby Mamba Sports Academy in Thousand Oaks was holding a basketball tournament.

Bryant and his young daughter were on their way to a travel basketball game along with another player and parent.

Report: Kobe Bryant pilot may have been disoriented in fog

No arrests after Breonna Taylor protests erupt in NYC