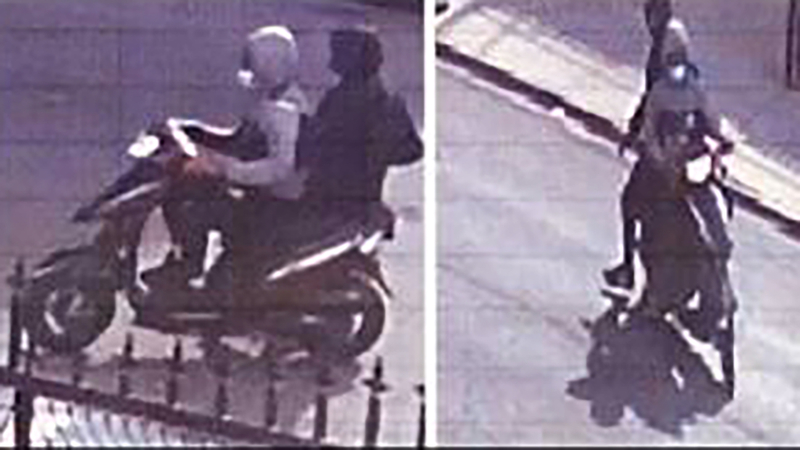 LONGWOOD, Bronx (WABC) -- The 18-year-old who was allegedly driving the scooter from which a gunman fired the shot that killed an 11-year-old girl in the Bronx surrendered Monday.

Authorities say Omar Bojang turned himself into the Bronx District Attorney's Office, accompanied by his lawyer.

Police released Bojang's name and photo on Friday, after announcing the arrest of 15-year-old Matthew Godwin on murder charges in the death of Kyahara Tay.

Bronx District Attorney Darcel Clark appealed for his family to turn him in, which is what authorities say happened.

ALSO READ | Ghost guns: Eyewitness News investigates a growing menace
EMBED More News Videos
The exact charges against Bojang have not yet been released. Godwin is charged with murder, manslaughter and two counts of criminal possession of a weapon.

Bojang has been shot twice in the past, police said, and has prior arrests for gun possession and is also wanted for robbery.

The intended target of the shooting is believed to have been a teen who was not hit, but the bullet traveled a half block and struck Tay.

Her father, Sokpini Tay, gave a tearful plea at a rally last week.

"To the community, if you know who these people are, say something," Clark said. "This is our job. This is our community. We've got to flip the script on them."