LaGuardia traffic snarled due to crowds

EAST ELMHURST, Queens (WABC) -- The day after a major snowstorm blasted the New York City area and canceled more than a thousand flights, traffic in and around LaGuardia Airport was so bad people were getting out of cars and walking to the terminal.

Traffic around the airport was bumper-to-bumper, extending from the airport to the Grand Central Parkway and all side roads. It was due to an excessive number travelers after 1,023 flights were canceled during Thursday's inclement weather, in combination with weekend air travel and ongoing construction at the airport.

Our crew at the scene estimated it was taking at least an hour just to get into the airport from the GCP.

Some people were seen getting out of cabs and jumping the concrete barrier to try to make their flight.

Here's a wider shot showing the traffic backed up: 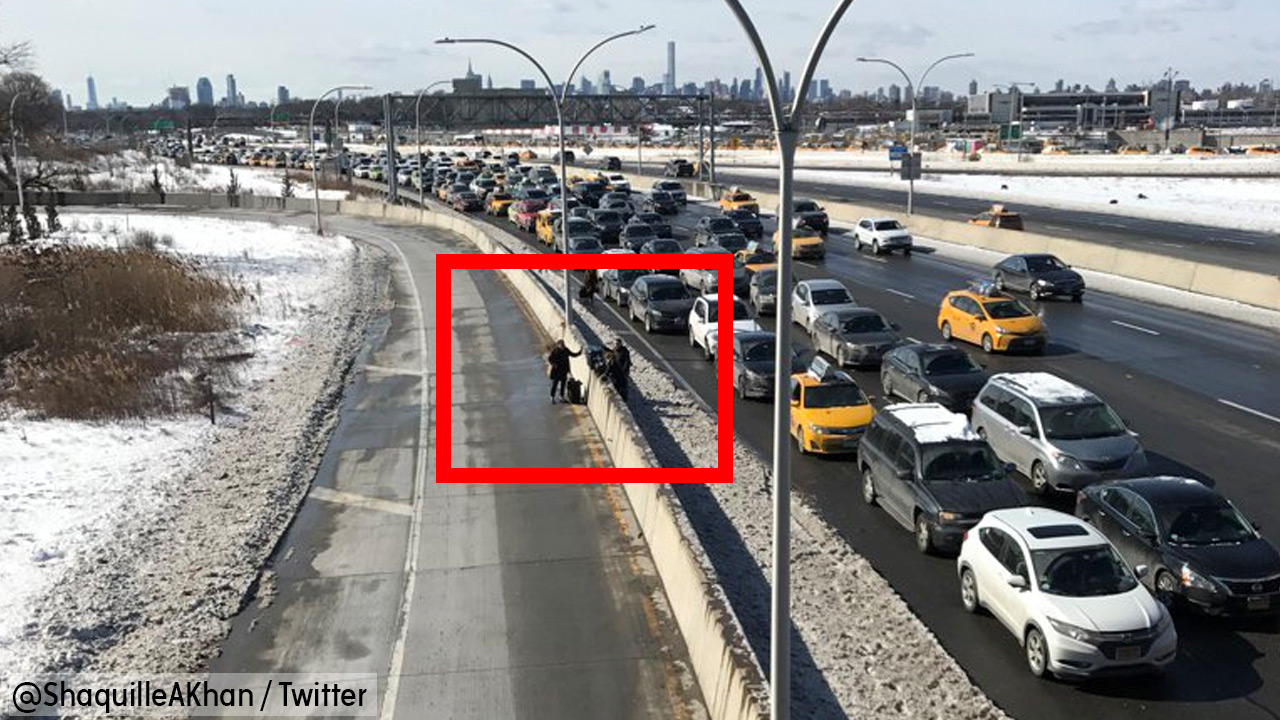 It seems the roads in the area turned into pedestrian walkways:

Over 50 people walked by our cab on way to #laguardia airport. Traffic standstill. Over 1 hour in for our 15min ride. pic.twitter.com/Gr28zyvU19

Here's video from an Eyewitness News viewer showing the extensive traffic around the terminal:

The Port Authority said it took the following measures to help with the traffic issues:

- Traffic Command Post is monitoring traffic conditions and deploying staff and resources where necessary, as well as coordinating with traffic messaging on highway signs

People took to social media to complain about the backup:

It's kind of remarkable how bad the entrance to laguardia is. Like if you had to urban plan a traffic jam, I'm not sure you could beat it.

@NYCMayor, the traffic situation at LaGuardia is unaccaptable. The airport can't be unusable for years during renovation.

And here's a tip from one traveler:

Traffic gridlocked at #laguardia but you *can* get between terminals by walking, regardless of what airport employees say #lga