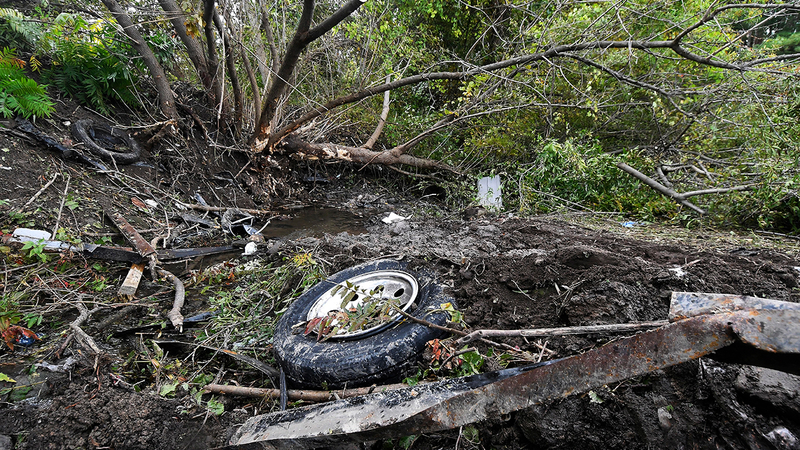 NEW YORK (WABC) -- Law enforcement sources confirmed Monday the registered owner of Prestige Limousine, the company involved in the wreck outside of Albany, NY, that left 20 people dead, was a former FBI informant.

According to sources, Shahed Hussain was arrested in the early 2000s while working for the state DMV and accused of scheming to help immigrants cheat on driver's license tests and illegally obtain licenses.

A former employee of sorts for Prestige Limousine said Hussain had since returned to his home country of Pakistan and left running his businesses to his sons.

"He went back last year," Laken Prosser said explaining Hussain left following the death of his wife. "He won't be back."

Prosser lives in the motel and said she used to clean the limos used by the family in exchange for rent money.

"When they drove out of here you would hear a lot of squealing from the brakes. You'd hear a lot of noises. On one of them the motor was knocking, and there were two that were broken down back there," Prosser said referencing the back of the Motel where the cars were stored.

Prosser wasn't surprised by the company's dismal record. Federal inspections records showed that of the five vehicles inspected in the last two years, four were removed from service after failing safety inspections.

Additionally, crash investigators confirmed the vehicle involved in Saturday's crash had recently failed a safety inspection and should not have been on the road.

The driver during Saturday's crash, identified as Scott Lisinicchia, also did not have the commercial driver's license required to be behind the wheel.

"They're more about money than they are about people," Prosser said. "They just want their money and to be left alone."

Prosser and the manager of Crest Inn said the limousine company moved operations from the motel to Albany about two years ago.

Late Monday afternoon, the attorney representing the company released a statement about the crash.

"Prestige Limousine extends its deepest condolences to the family members and friends of those who tragically lost their lives on Saturday. We are performing a detailed internal investigation to determine the cause of the accident and the steps we can take in order to prevent future accidents. We have voluntarily taken our fleet of vehicles off of the road during the investigation. We have already met with State and Federal investigators, and plan to do so again, as it is our goal to provide answers as quickly as possible," wrote Lee Kindlon of the Kindlon Law Firm asking that all inquiries about the crash be directed to his office.

The last major limo accident was a little more than three years ago in Suffolk County, where four women were killed after their limo was hit by a pickup truck.

The latest crash has raised questions about whether limos are any safer now:
EMBED More News Videos

Jim Hoffer takes a closer look at the safety and regulation of stretch limos.