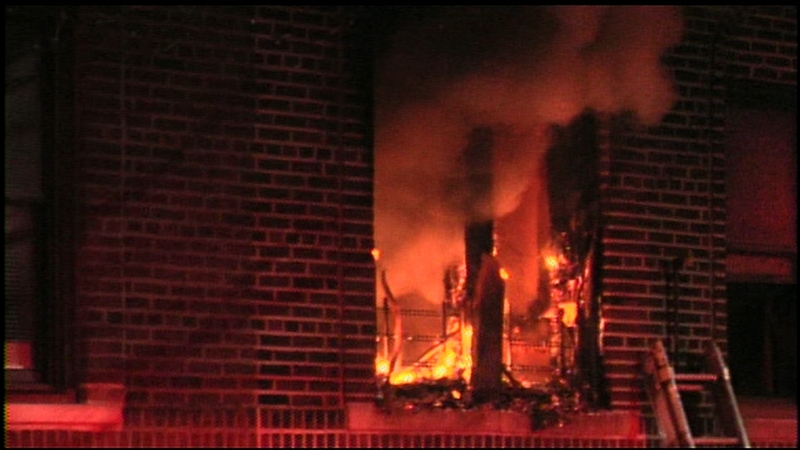 The fire started in a first-floor apartment in the building on 46th Avenue in Long Island City around 10:40 p.m.

Several people inside said they heard what sounded like an explosion and quickly realized something was seriously wrong.

"It was like a wall of smoke right outside of our door," resident Gina Baldwin said. "It's a terrifying experience."

Anne Greb lives on the third floor and said the smoke was too much for her to get out of her front door.

"At first, just went to open my door, and there was a lot of smoke in the hallway," she said. "So I shut the door and then came down with my dog, came down the fire escape."

Fire crews said they immediately ran to a first-floor apartment after reports of a man trapped inside.

"He was conscious, but he was severely burned, unable to move," FDNY Deputy Chief Mark Ferran said. "And our members dragged him out of the apartment while simultaneously extinguishing the fire."

Ferran said his crews had to fight through clutter to get to the man, who was rushed to the hospital with severe burns.

Seven other people suffered minor injuries, but many are saying they are thankful they got out alive.

"When I got on the fire escape, you could see flames were just billowing up the side of the building," Greb said. "So it was pretty scary."