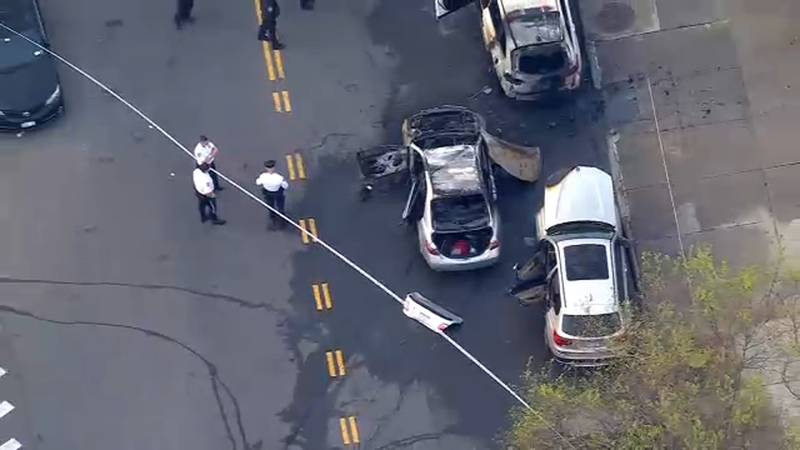 LONGWOOD, Bronx (WABC) -- One person was discovered dead in a car fire in the Longwood section of the Bronx early Monday.

The car burst into flames on Intervale Avenue just after 5:30 a.m.

Firefighters responded, put out the fire, and discovered a person dead in the back seat.

The vehicle did not appear to have been involved in a collision.

One witness said the driver was revving the engine before the car burst into flames.

Police are working to identify the body found at the scene, and the cause of the fire is under investigation.

Police taped off the area around the fire as they investigated.