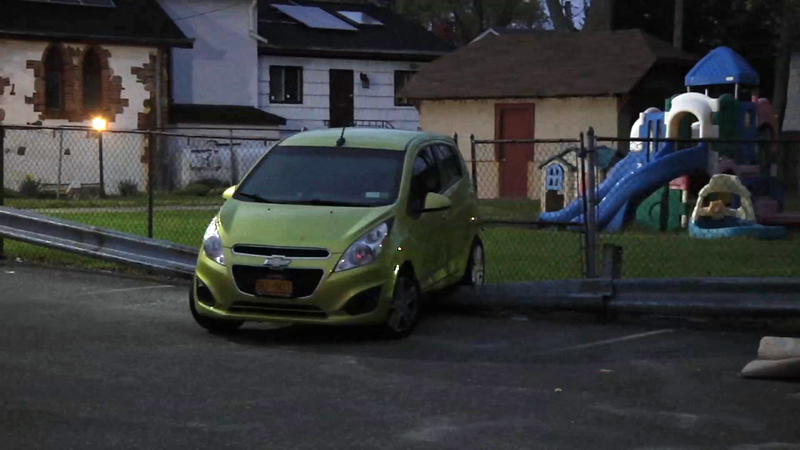 LAKE RONKONKOMA, Long Island (WABC) -- A 73-year-old woman was injured when police say another woman stole her car from a church parking lot on Long Island and ran her over with it while fleeing.

It happened around 6:45 p.m. Saturday in the parking lot of St. Mary's Church on Lake Shore Drive in Lake Ronkonkoma.

Suffolk County police say Lorraine Lombardo parked her 2013 Chevrolet Spark in the lot near some clothing bins and left the motor running.

While she was out of the vehicle, authorities say 50-year-old Doreen Dunbar jumped in the driver's seat and shut the door.

After Lombardo opened the driver's door and tried to grab the steering wheel, police say Dunbar accelerated in reverse, knocking Lombardo down with the door and running over her legs.

Dunbar continued accelerating, police said, crashing the vehicle into a guardrail and a fence before fleeing the scene on foot.


She was captured nearby and charged with assault and robbery.

Lombardo was taken to Stony Book University Hospital with serious but non-life-threatening injuries.

Dunbar, who authorities say is homeless, was taken to the same hospital for evaluation.