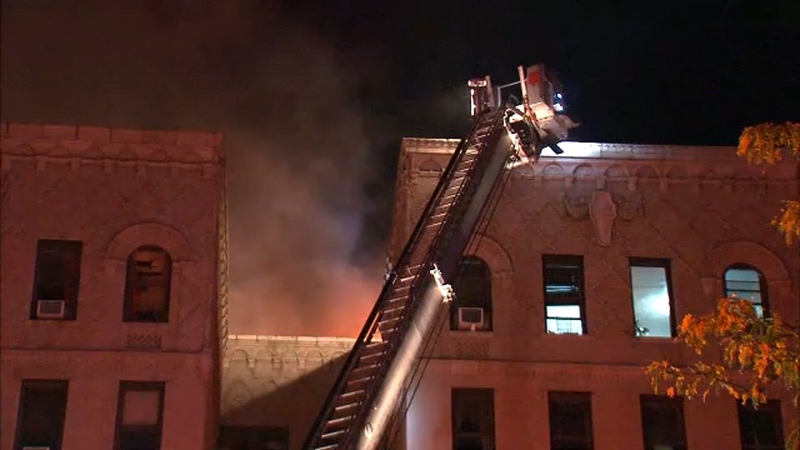 MOUNT EDEN, Bronx (WABC) -- Eight people were injured after a massive fire tore through an apartment building in the Bronx.

FDNY reports the 5-alarm fire started on the sixth floor of the six-story building on 1555 Grand Concourse in Mount Eden just after 8 p.m. on Friday. The fire then spread to the cockloft.

One of the victims was taken to Bronx Lebanon Hospital.

The FDNY said the cause of the fire was electrical.