Many of the usual Memorial Day gatherings were either canceled or curtailed - mindful of the pandemic that has already killed nearly 100,000 people in the U.S.

At the Intrepid Sea, Air & Space Museum in Manhattan - the former aircraft carrier USS Intrepid - Gov. Andrew Cuomo honored both veterans and essential workers on a Memorial Day he called "especially poignant and powerful."
"We know something about loss, and we're living it again," the Democratic governor said.

Cuomo remembered veterans killed in combat and, more recently, by the coronavirus. He also emphasized "our heroes of today" - health care, emergency and other essential workers "who showed up and did their duty, lost their lives, to keep others of us safe."

"In many ways, that is a microcosm of what we're here talking about today on Memorial Day," he said.

On Long Island, a small group of veterans in masks saluted flag-bedecked vehicles at a car parade and wreath-laying in Nassau County that was closed to the public but streamed online.

The commemoration drew hundreds of cars and armed services veterans from across Long Island, and New York City. Determined to mark the occasion, while minimizing their risk of contracting COVID-19. No handshakes, no bear hugs. And lots of masks.

'We are celebrating differently this year, we're honoring our fallen in a different way, but I think it's incredibly meaningful," Nassau County Executive Laura Curran said.

The sacrifices of the nation's veterans should inspire us, said Long Island Congressman, Peter King.

"As we go through one terrible crisis right now, it's important to draw on the strength of those who came before - the men and women who gave their lives for the country, the veterans who are here today. And that's part of the American spirit," King said.

The turnout despite the pandemic didn't surprise anyone.

"I thought was incredible. I really did. It says a lot about veterans helping veterans, okay, and it's always going to be that way," Steve Rose, Vietnam War Veteran said.

In New Jersey, tribute flags flew outside a veterans home in Paramus where 79 died from COVID-19, making the state-run facility one of the nation's worst hot spots for the virus.

And In Moonachie, town officials and members of the police and fire departments held a small virtual ceremony to honor those who gave the ultimate sacrifice.

The "Vietnam Veterans of America" car parade trailed through the streets passing by the Brooklyn VA Medical Center.

About 30 to 40 cars, including an old-style checkered cab, rode along the route usually covered by marchers at the United Military Veterans of Kings County parade. They finished by circling a Veterans Affairs hospital, many honking their horns, and laying a wreath near monuments at the hospital's fence.

"We weren't sure if we were going to be able to do anything," said parade chairman Raymond Aalbue. But he said he didn't want the parade "to die on my watch."

He said this year's Memorial Day observance also honored people working on the frontlines of the COVID-19 virus fight.

"All day long we're thinking about these health care workers and first responders and essential workers who are putting their lives on the line, daily, and have been doing that for a couple of months now to keep us safe," said Allbue. "We owe them a very deep debt of gratitude for all they've done all these months."

In Queens, the group behind the Little Neck-Douglaston Memorial Day Parade had a few people at the site where they normally end their parade. One person laid a wreath, while another led a flag ceremony and a third played "Taps" while some others watched, a far cry from the crowds that usually attend the event. But "we felt the need to do something," executive director Victor Mimoni said.

On Staten Island, another convoy of cars, led by motorcycles, joined in a procession after a wreath-laying ceremony at Hero Park.

A Memorial Day caravan kicked off in Elm Park on Foster Avenue as flags waved from motorcycles, cars, and SUVs that cruised along the trail.

The toll of the virus on military veterans has been particularly harsh. They are older, have underlying health problems, and many reside in facilities that have been breeding grounds for the disease. According to the Department of Veterans Affairs, more than 1,000 veterans have been killed by the coronavirus. That does not include hundreds more who have died in state-run veterans homes, including hard-hit facilities in New Jersey, Massachusetts and Louisiana.

It's making the situation even more painful for the relatives of those veterans who have died from the virus.

Robert Hopp was one of at least 79 residents of a veterans home in Paramus, New Jersey, to die from COVID-19, making the state-run facility one of the nation's worst hot spots for the virus. He served two and a half tours during the Vietnam War and received a Purple Heart after he was hit with enemy fire while in a helicopter. Everyone else on board the chopper died, but Hopp managed to climb into the pilot's seat and fly to safety.

After being hospitalized recently for diabetic complications, his health deteriorated quickly and he died in April. He was 70 years old. His family is at a loss about how they will mark the occasion.

"We couldn't even have a funeral for him yet," said stepson J.J. Brania-Hopp. "There's not really anything we can do right now. All we'll probably do is talk about him, maybe go for a walk out in the sun."

Nationally, events also changed. President Trump only participated in the wreath-laying at the Tomb of the Unknown Soldier at Arlington National Cemetery, foregoing the traditional speech at the hallowed burial ground in Virginia.
EMBED More News Videos

The cemetery was open for families and officials with a special pass to visit the graves.

He later traveled to Baltimore where he did speak during a ceremony at historic Fort McHenry and noted that tens of thousands of service members and national guard personnel are currently "on the front lines of our war against this terrible virus."

"Together we will vanquish the virus and America will rise from this crisis to new and even greater heights," Trump said. "No obstacle, no challenge and no threat is a match for the sheer determination of the American people." 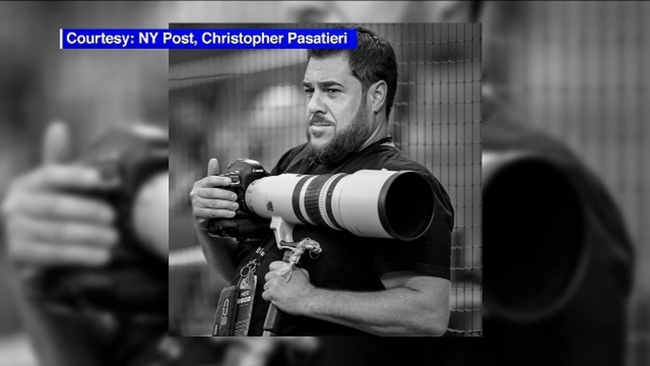 Back to school: Some NYC students set to begin in-person learning 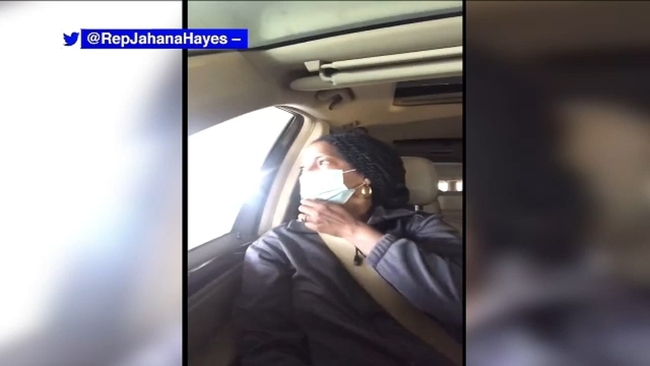