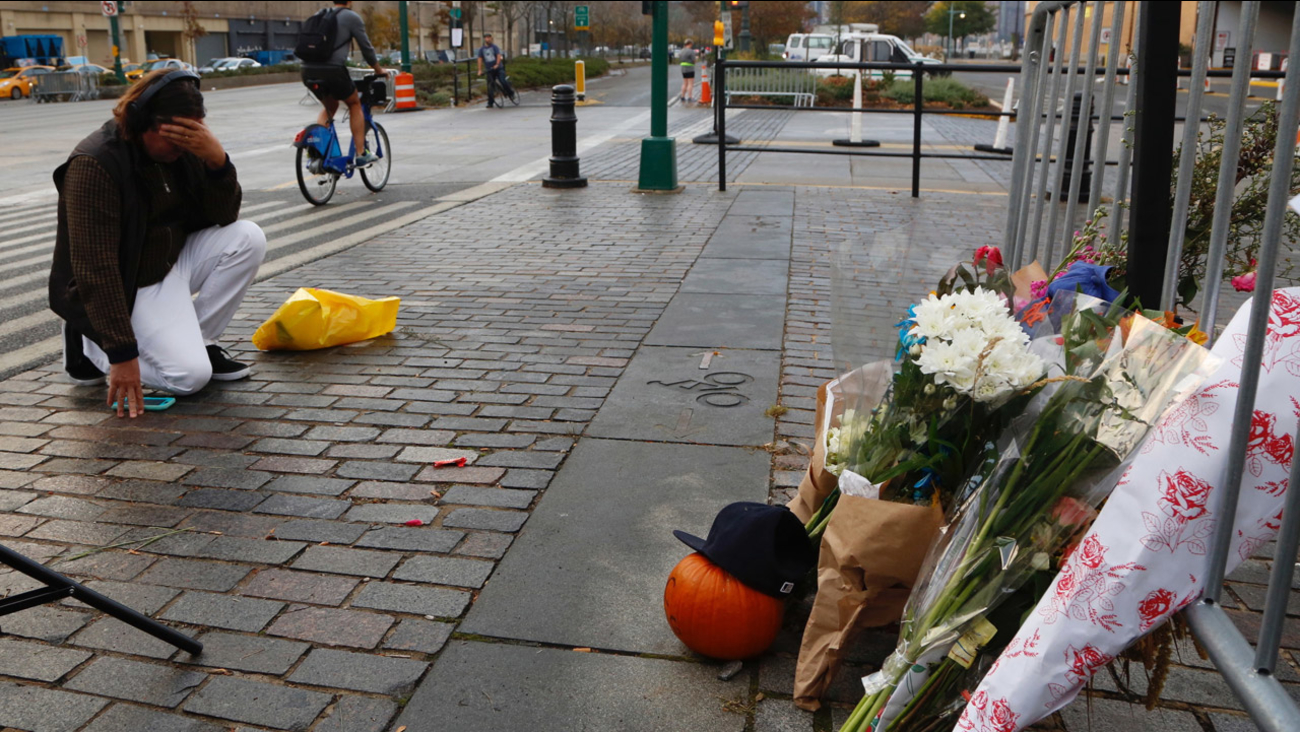 A man kneels Thursday, Nov. 2, 2017, in front of a makeshift memorial in honor of Tuesday's victims of a bike path attack in New York. (AP Photo/Mark Lennihan)

LOWER MANHATTAN, New York (WABC) -- Flowers and condolences are beginning to fill a corner along the bike path in Lower Manhattan where the driver of a truck mowed down pedestrians and bicyclists in a Halloween terror attack, all while symbols of resilience are appearing across New York City.

The location of the makeshift memorial is Chambers Street and West Street, near the scene of Tuesday's rampage that left eight people dead and 13 injured.

The tribute to the victims started to form Wednesday along one of the barricades set up around the crime scene:

Many people have stopped by to offer their condolences.

Also on Chambers Street, a "ghost" bike painted in all white has been placed near the scene. This is part of a Street Memorial Project that honors cyclists who have been killed on New York City streets.


Symbols of New York City's strength and perseverance are also appearing across the city. People have been posting encouraging messages on social media using the #NYCstrong hashtag.

On West 80th Street on Manhattan's Upper West Side, a balloon banner that reads "NYC STRONG" stretches across the road.

At the World Trade Center Memorial, flowers were placed at the Survivor Tree in honor of the most recent terror attack victims: