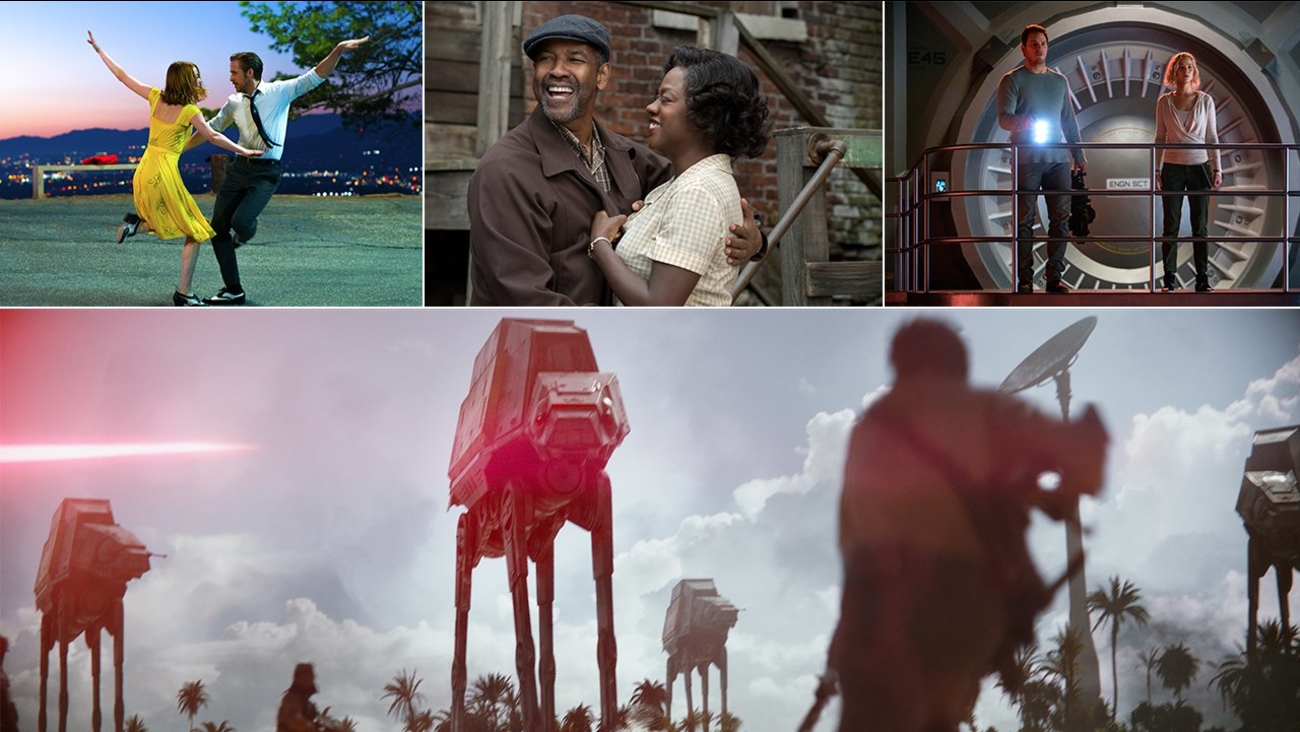 AP
NEW YORK (WABC) -- There's no shortage of movies to see in the theater during the holidays. Unlike the blockbuster-filled summer, the season is the perfect mix of award-worthy dramas and exciting adventures.

Check out each film's hashtag on Twitter and give your excitement and reviews using the hashtag #ABC7NY. 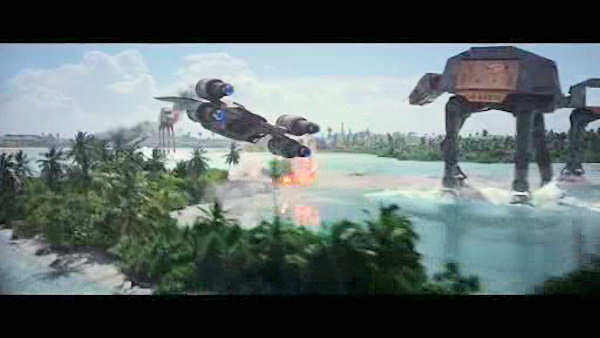 Leading the box office in its opening weekend with a galactic $155 million dollar domestic opening and $290 million worldwide, the latest chapter in the Star Wars franchise combines an old story with new characters and places for an exciting adventure. Although the ending is already known, the movie, has plenty of blaster-fire and Darth Vader breathing to get you to make the jump to light-speed from your home to the theater.

This film, starring Will Smith, is the darkest and most depressing movie to ever be released during the holiday season. It also qualifies as one of the worst movies of this year.

Smith plays a man who has lost his way after the death of his daughter. To try and cope with his tragedy, he writes letters to love, time and death. See Sandy's review for more.

The duo of Davis and Washington headline the big-screen revival of the August Wilson play "Fences." Washington directed the film, based on the Pulitzer-prize winning play of the same name. Sandy Kenyon says it's one of the best movies of the year.

In a year full of dancing, singing and adventurous animated works, there's room for one more in this bombastic feature that gives you a hint at its plot in its title. "Sing" focuses on a koala, who organizes a great singing competition, in an effort to save his theater. The movie features over 85 classic songs, including an original track ("Faith") from Stevie Wonder and Ariana Grande.

Another video game franchise attempts to convert its popularity over to the big-screen as Ubisoft's time-jumping, adventure franchise Assassin's Creed takes a "leap of faith." The film stars Michael Fassbender in the title role.

This action thriller sees Pratt and Lawrence as passengers on a 120-year journey to another planet when they are awakened from hibernation 90 years too early. It's a chase to see why they were awakened, with thousands of lives in the balance aboard the ship.

This emotional drama is about the 2013 Boston Marathon bombings and the frantic federal manhunt for the terrorist bombers.

The "Breaking Bad" star Bryan Cranston returns to comedy playing a dad at odds with his daughter's boyfriend. Fans of "Malcom in the Middle" will appreciate Cranston in a father role again.

Martin Scorcese's new project focuses on the time of Kakure Kirishitan in 17th-century Japan, when Catholics were forced to practice their faith underground.