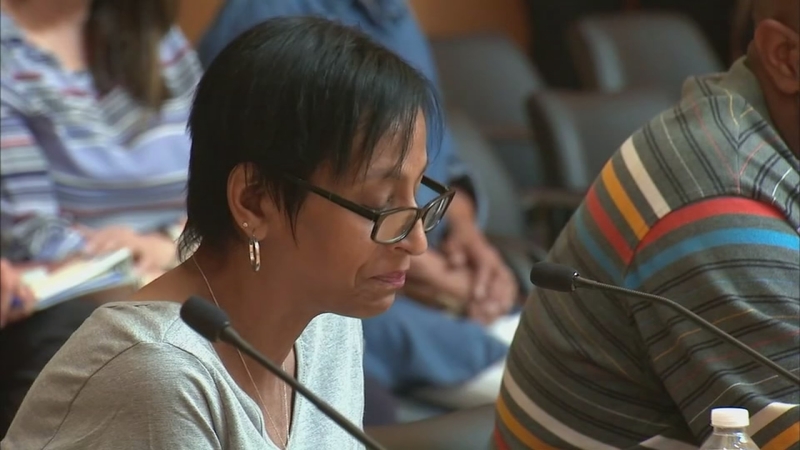 BRENTWOOD, Long Island (WABC) -- Family, friends and other mourners gathered Friday to bid a final farewell to a woman who became an anti-gang activist after her daughter was murdered by MS-13.

Rodriguez was honored at St. Anne's Roman Catholic Church on 2nd Avenue in Brentwood, which has become the epicenter of the fight against MS-13 on Long Island. She was remembered as a crusader who never quit.

In the two short years since her 16-year-old daughter's brutal murder, Rodriguez turned tragedy into light -- fighting for at-risk youth and for the families of those who weren't brave enough to speak up.

Those who attended the funeral exemplified the broad spectrum of Evelyn's impact, everyone from Brentwood residents to politicians to members of law enforcement. Many spoke about the cruel irony of her death last week at the very site where her daughter was killed, and they vowed to continue her fight.

Rodriguez secured $27 million from the state to go towards protecting at-risk youth and helped advocate for children from El Salvador in need of heart surgery.

She was struck near the site where Cuevas' body was found beaten and stabbed two years ago. The murders of Cuevas and 15-year-old Nisa Mickens in 2016 shocked the community.

She appealed to members of Congress in 2017 to take action to combat gang violence on Long Island, explaining that her community was living in fear.