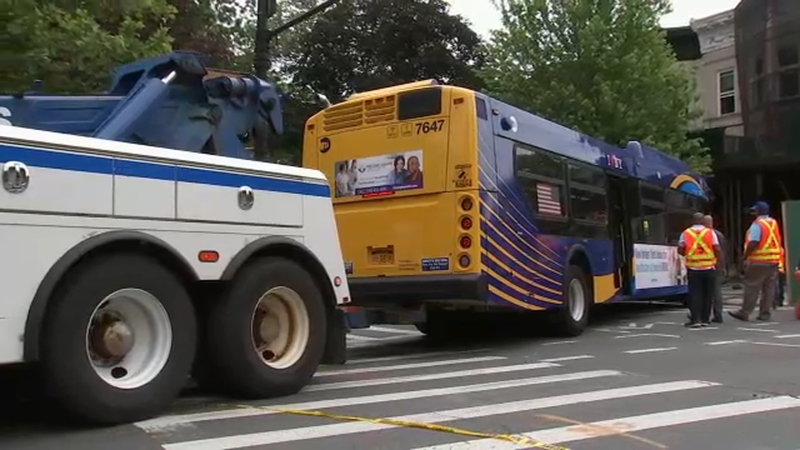 PROSPECT LEFFERTS GARDENS, Brooklyn (WABC) -- An MTA bus that slammed into a building in Brooklyn was finally removed Friday.

Video showed the frightening moments the driver slammed into the building in Prospect Lefferts Gardens.

He also appears to have narrowly missed at least one other occupied car, though a row of parked cars got in his way.

A total of 16 people were hurt, but fortunately, most left with minor injuries.

Raw Video: An MTA bus that slammed into a building in Brooklyn was finally removed Friday.

The exact cause is still being determined, but senior officials believe actions by the driver will end up being the cause.
EMBED More News Videos

"The video is disturbing on many levels, raising questions about whether basic safety rules were followed. The incident remains under investigation and we will have more to say when that is complete," the MTA's Tim Minton said.

The bus stayed in the brownstone at 174 Lincoln Road so long because the Department of Buildings determined the structural stability was compromised and the building was no longer safe to occupy.

They had to shore up the structure to prevent further collapse.