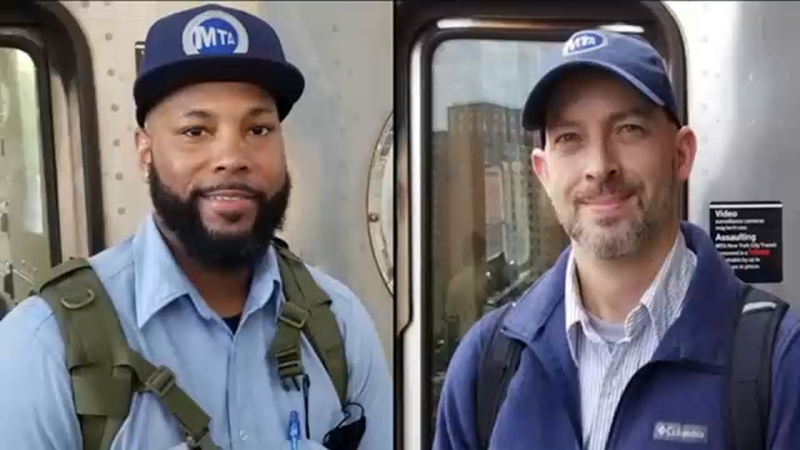 NEW YORK CITY (WABC) -- Eyewitness News and the MTA are celebrating two MTA Heroes who helped reunite a father and child who got separated in the transit system.

Authorities say the child was separated from his father as the doors were closing on an uptown W train at 14th Street-Union Square.

They let passengers off their train and Corrian stayed with the child until police officers arrived.

Less than a half-hour later, the happy reunion between father and son occurred.


"Due to the keen observation and diligence of the crew, this story has a happy ending. Thank you to Christopher and Arron for your care and attention during a tense situation," the MTA said.