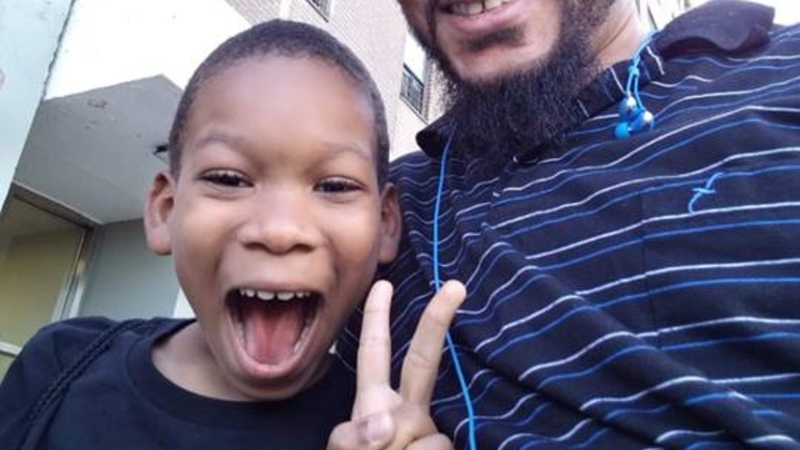 HARLEM, Manhattan (WABC) -- Officials say the NYPD is investigating the police response to a domestic dispute call the day before a 10-year-old boy was found dead in his Harlem apartment.

On Tuesday, officials announced that they were called to an apartment in the St. Nicholas Houses on West 131st Street on Friday.

It was the next day, on Saturday, that 10-year-old Ayden Wolfe was found unconscious in the living room with bruises old and new. Authorities said the boy died of "fatal child abuse syndrome."

Now the response to that call on Friday is under review.

The person who called 911 couldn't provide an apartment number but said there was banging and screaming with a child present in the fourth-floor hallway.

Two police responded to the call and checked the hallway and listened at doors. Police Commissioner Dermot Shea said the officers remained in the hallway for 12 minutes.

Shea said they dialed the callback number related to the 911 call twice but got a voicemail message both times.

After they couldn't find an ongoing dispute or get in touch with the caller, they resumed their patrol.

However, sources say there is no indication the responding officers knocked on any apartments on the fourth floor -- there are eight apartments -- prompting the review into whether procedures were followed.

Resident Justine Halls wonders why no one called sooner.

She says that the walls of the apartment complex are paper thin.

"We hear everything from yelling, arguing, cursing somebody out, people outside the window," Halls said.

But until the grotesque final days of Wolfe's life, it seems like no one knew about his suffering.

Wolfe's mother's boyfriend, 34-year-old Ryan Cato, was arrested late Sunday on charges of murder and endangering the welfare of a child.

Police say Cato has three prior arrests. His last arrest was in December where he allegedly assaulted the mother of his children in their presence. An ACS case was opened for that incident.