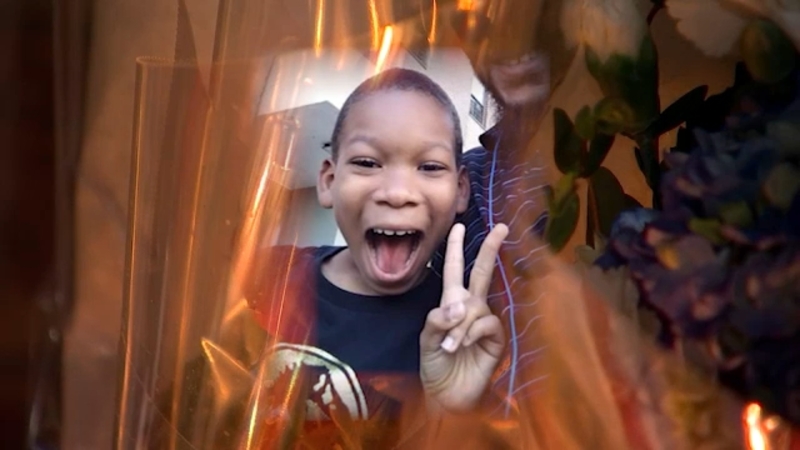 HARLEM, Manhattan (WABC) -- A somber vigil was held in Harlem Thursday night in memory of a little boy who was brutally abused and murdered.

Dozens of people took part in a candlelight vigil outside the St. Nicholas Houses on West 131st Street.

Community members gathered to mourn the disturbing death of a 10-year-old boy in Harlem and to stand against all forms of violence.

Police say Wolfe had been tortured and beaten to death.

His stepfather, 34-year-old Ryan Cato, is now charged with murder.

However, officials say the NYPD is also investigating if proper procedures were followed when officers were called to the complex for a domestic dispute the day before Wolfe was found dead.
EMBED More News Videos

Josh Einiger reports the NYPD is investigating the police response to a domestic dispute call the day before a 10-year-old boy was found dead in his Harlem apartment.

"Although much wasn't revealed about this situation, we will continue to ask questions and find out more so we can bring whoever done this to justice," Wolfe's father Darnell said. "I'm torn up over this. I'm trying to keep it together because this is going to be a long process and I have to bury my child, which no one should have to do."