7 On Your Side: Fire marshal says he was kicked off Harlem case for pushing investigation 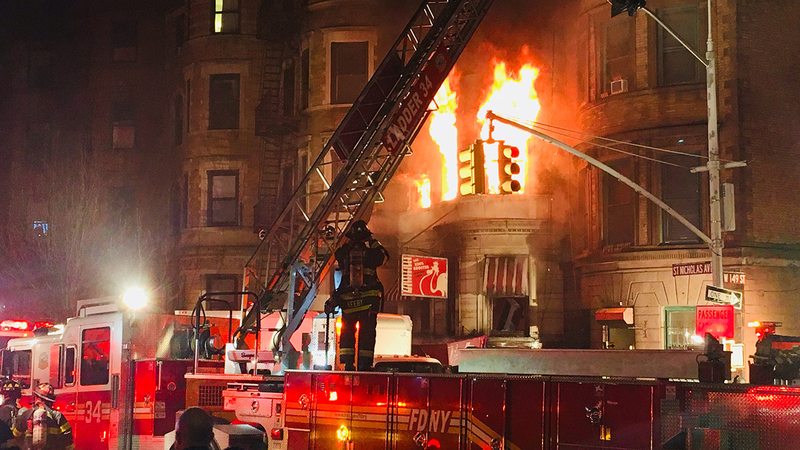 Fire marshal says he was kicked off case for pushing investigation

HARLEM, Manhattan (WABC) -- It took just six weeks for the FDNY to determine the cause of a fast-moving fire that trapped and killed veteran firefighter Michael Davidson in a building where a Hollywood movie was being filmed, blaming a faulty boiler flue pipe for igniting combustible material stored in the basement.

But now, the lead investigator at the scene, Fire Marshal Scott Specht, says when he pushed to look more closely what role a basement filled with combustible movie-set material may have played in the fire, he was removed from the investigation.

"Removed him from the job after he kept pushing forward to get to the bottom of what truly happened," attorney Peter Gleason said. "So you have a boiler, but you also have a movie production company that interjected into this building massive amounts of flammable material and hundreds of feet of electrical cable. So this is an investigation that should still be ongoing."

Specht's attorney has filed a notice that Specht intends to sue the FDNY and his supervisor for termination of an ongoing investigation and for "allowing the Hollywood elite to circumvent the appropriate scrutiny."

The FDNY is pushing back hard on Specht's allegations, with a spokesman saying Specht "wasn't taken off the case, and he initially agreed with the findings."

The FDNY also claims that in a meeting with a team of investigators, Specht said, "I don't have enough experience or training" to make a final report on the fire's cause, adding "of course it's the flue."

But Specht insists Hollywood producers have been given cover while he's now being harassed by his supervisors.

"A firefighter perished in a building that was laden with flammable material and electrical cable from a Hollywood movie set," Gleason said. "You can't dismiss those facts so easily."

Specht's attorney said the FDNY removed his client off the case, telling Specht to "cease and desist" and not to discuss the case to anyone.

The FDNY issued an additional statement to Eyewitness News, stating: "Fire Marshal Specht was not the lead investigator nor was he removed from working on the case. After stating that he did not believe he had the experience or training to complete the report, his supervisor took on that role, and he was instructed and encouraged by the supervisor to include all of his theories and notes about his own findings -- which are part of the investigative report."