NEW YORK (WABC) -- Questions about fire safety and emergency preparedness were answered by a panel of experts. Eyewitness News anchor Bill Ritter, who has hosted the "Operation 7: Save a Life" campaign since its inception at WABC-TV in 1999, and experts on fire safety and burn injuries took part in a web chat on Jan. 21.

WATCH THE COMPLETE WEB CHAT BELOW 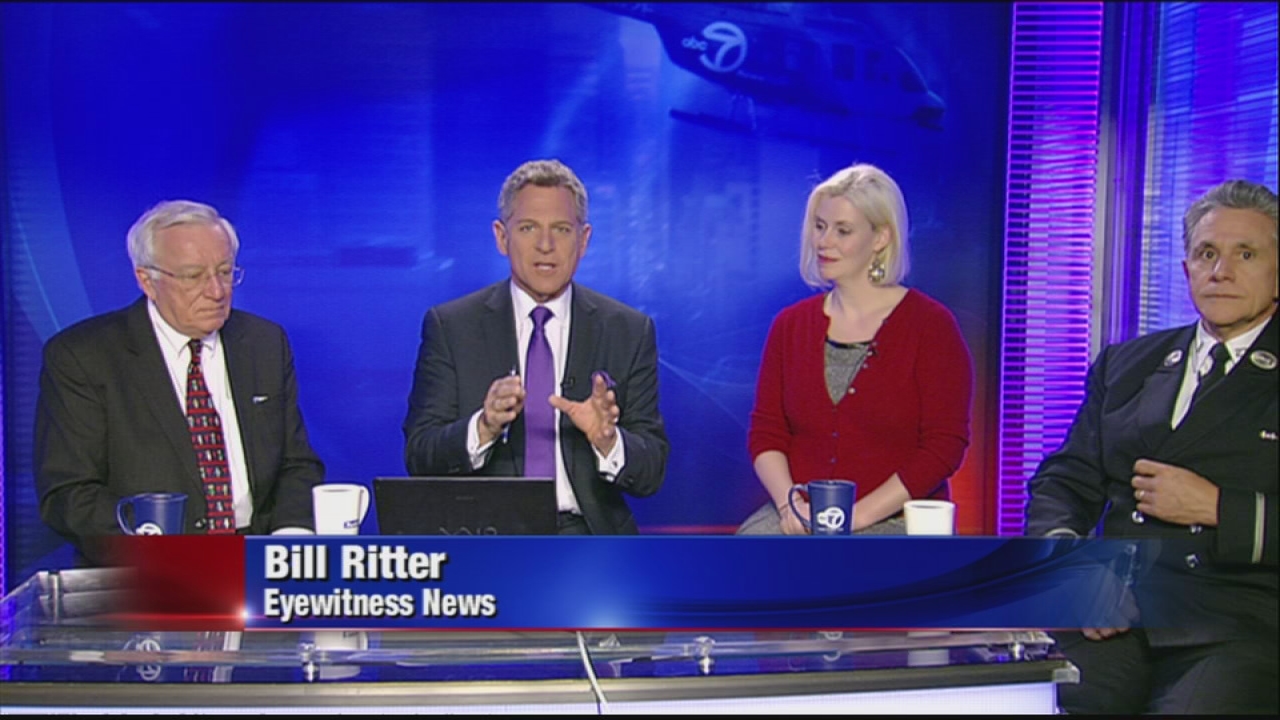 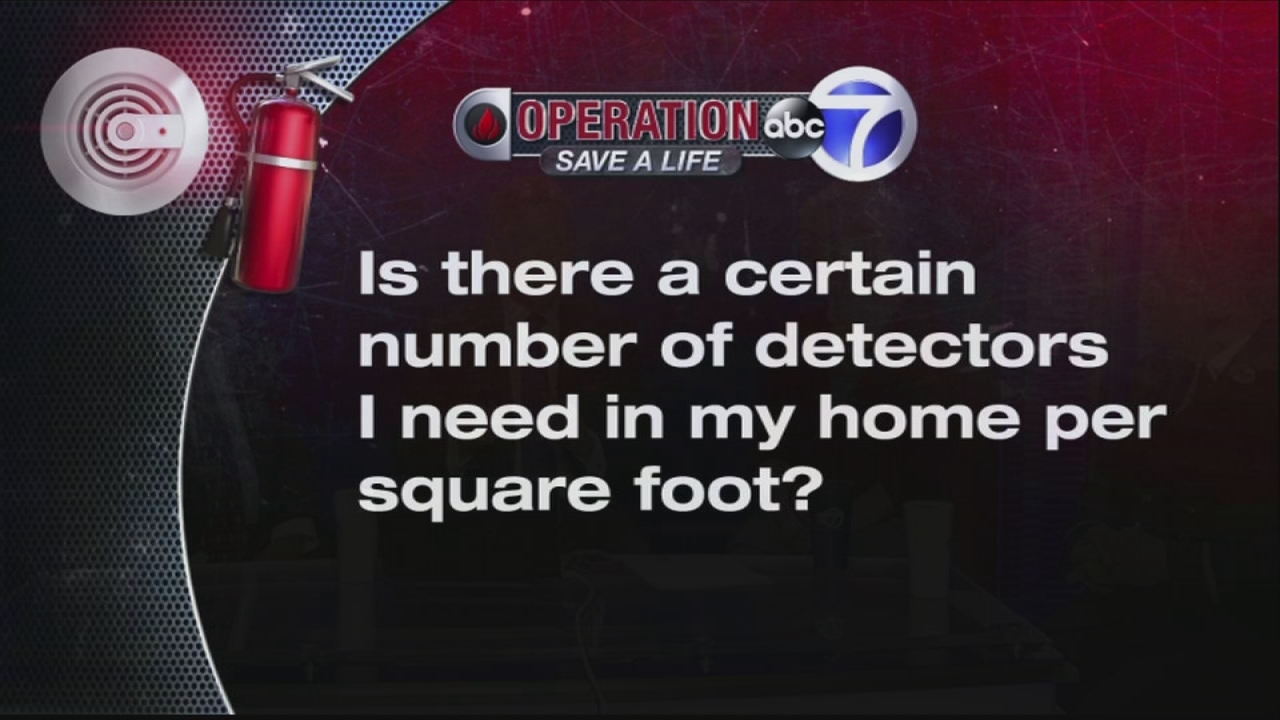 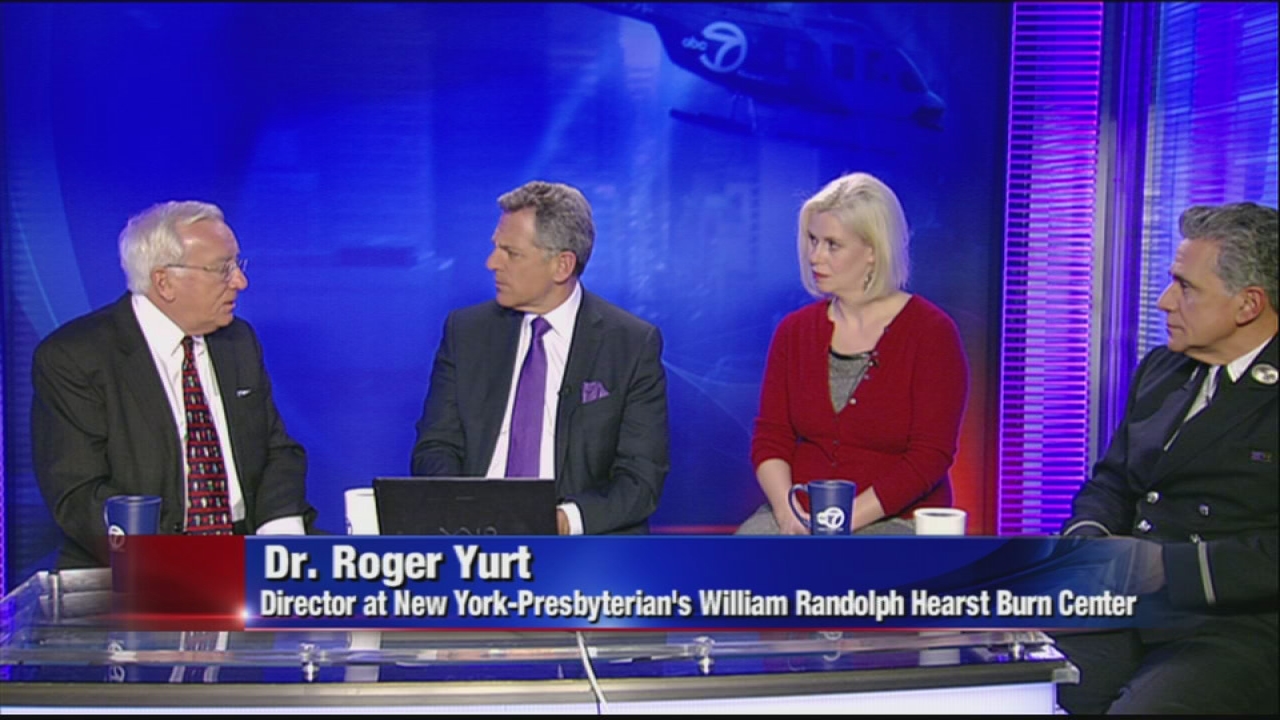 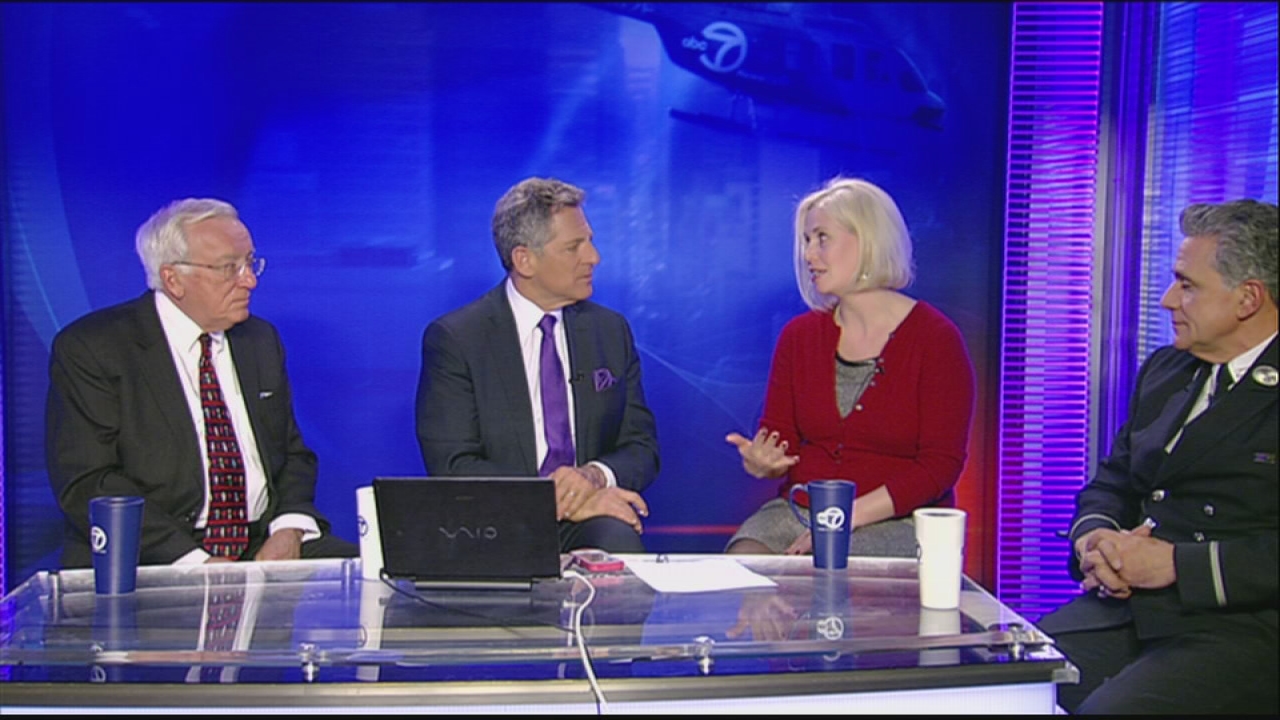 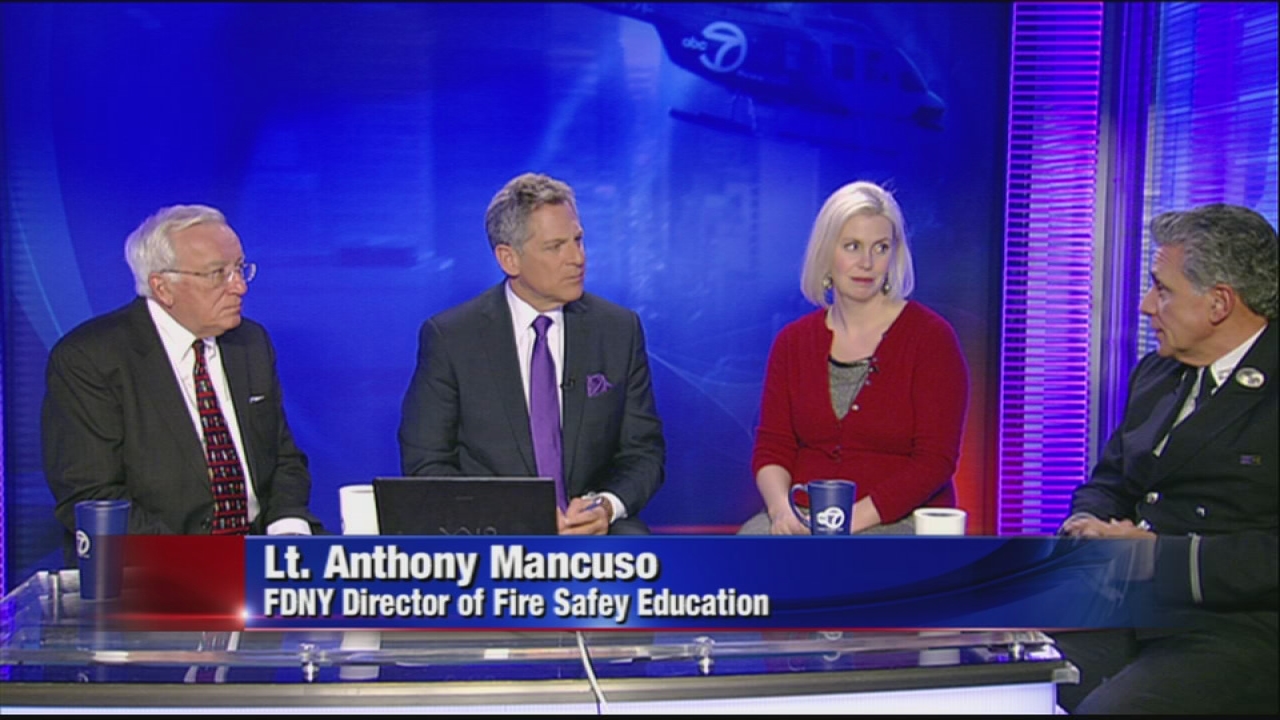 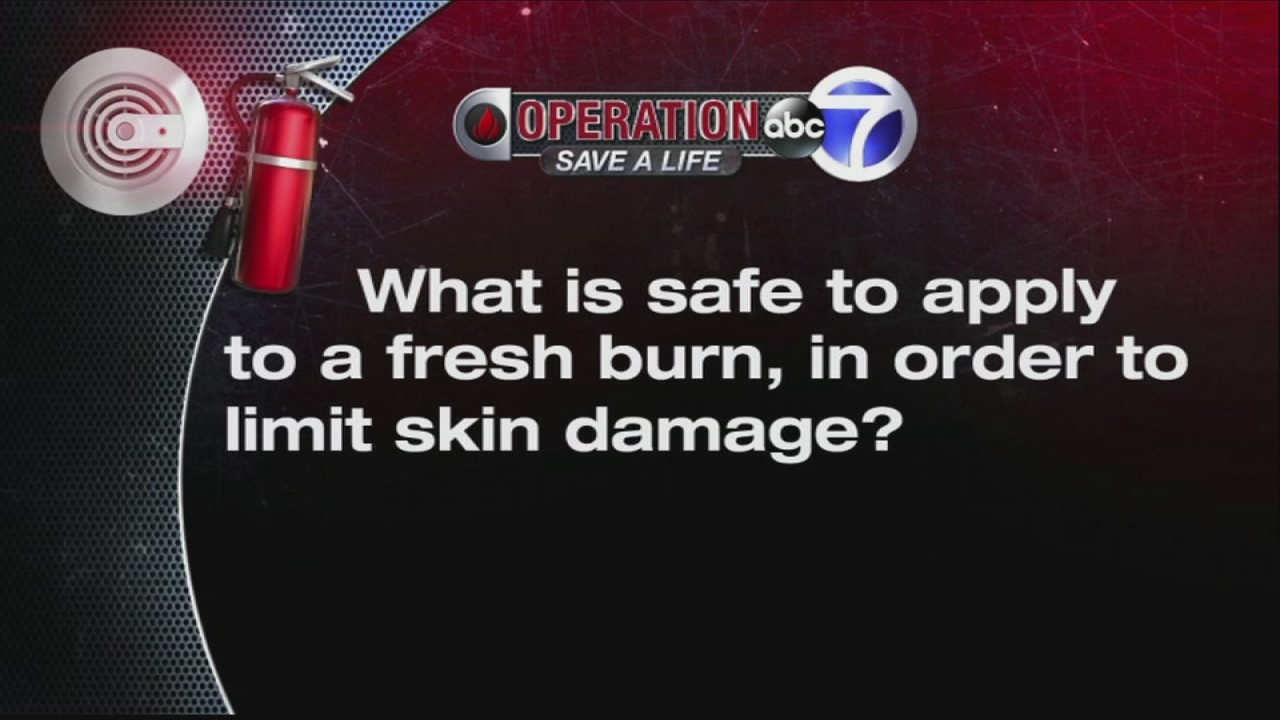 Participating in our chat were Dr. Roger W. Yurt, the director at New York-Presbyterian's William Randolph Hearst Burn Center, Heather Caldwell, marketing and communications manager for Kidde Fire Safety and Lt. Anthony Mancuso, Director of Fire Safety Education for the FDNY. Yurt has also been a long-time contributor to our special "Operation 7: Save a Life," which airs on Jan. 24 at 7 p.m.


MORE ON OUR WEB CHAT GUESTS:

Roger W. Yurt, M.D., director at New York-Presbyterian's William Randolph Hearst Burn Center: Dr. Yurt is the Johnson and Johnson Distinguished Professor of Surgery and Vice Chairman of the Department of Surgery at the Weill Cornell Medical College and serves as the Chief of the Division of Burns, Critical Care and Trauma at the New York-Presbyterian/Weill Cornell Medical Center. He is the Director of the William Randolph Hearst Burn Center at the same institution.

Dr. Yurt received his M.D. degree at the University of Miami School of Medicine and performed his initial residency training at Parkland Memorial Hospital in Dallas, TX. He completed a postdoctoral fellowship in Medicine at the Robert B. Brigham Hospital and Harvard Medical School and was Chief Resident in Surgery at the New York Hospital - Cornell Medical Center. He subsequently served on active duty in the Army at the United States Army Institute of Surgical Research for three years.

He has authored over 100 original manuscripts and book chapters dealing with trauma, burns and acute inflammatory response to injury. In addition, he is an ad-hoc reviewer for six professional journals.

In 2003, the American Skin Association presented Dr. Yurt and the William Randolph Hearst Burn Center with the Meritorious Humanitarian Recognition Award. During that same year, the Royal Society of Medicine presented Dr. Yurt with the Richard T. Hewitt Award, recognizing him as an influential contributor to quality assurance in surgery, medical education, public health, and research in the burn and trauma areas.

Dr. Yurt received the Outstanding Physician of the Year Award in 2006 at the New York-Presbyterian/Weill Cornell Medical Center. In 2009, he received the Jim Curran Memorial Award given by the Stephen Siller, FDNY "Let Us Do Good" Children's Foundation and was also the recipient of an Excellence in Teaching Award given by the Weill Cornell Medical College.

He was the Director of the Trauma Center at the New York Hospital from 1983-1998 and the Medical Director of Aeromed, an air ambulance service at the New York Hospital from 1987-1992. Dr. Yurt was the second vice president and member of the Board of Trustees of the American Burn Association from 2004-2006, Governor of the American College of Surgeons from 1990-1996, and President of the Surgical Infection Society in 1991.

He served as a Delegate on the Council of Academic Societies of the American Association of Medical Colleges from 1985-1987. He is the Co-Principle Investigator for a grant from the Federal Health Resources & Services Administration for Disaster Planning for Burn Injury in New York City. His studies on the cost of care for victims of traumatic injury led to changes in the DRG reimbursement system first in New York State and ultimately in the entire country.

Dr. Yurt is a past president of the New York Weill Cornell Medical Center Alumni Council. The Burn Team and Dr. Yurt were featured as Heroes of Medicine in the fall issue of Time magazine in 1997. He has been repeatedly recognized by Castle Connelly as one of the "Best Doctors in America" and has been included in New York Magazine's Best Doctors issue from 1998 to the present.

He was recognized in the inaugural listing to the present as one of the "SuperDoctors" in New York, an honor accorded only 5% of New York physicians. In 2014 Dr. Yurt was awarded The Maurice Greenberg Distinguished Service Award. The highest recognition that can be given by The Medical Center. 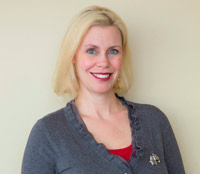 Caldwell has worked at Kidde for more than 11 years. Previously, she was the public relations director for a digital video production company and spent five years as a television news producer. Caldwell graduated from the University of North Carolina at Chapel Hill with a degree in journalism.

As the director and fire safety educator, he teaches adults, seniors and children how to be fire safe by knowing how to escape from a fire. He also educates the public about smoke alarms and CO detectors, and where they should be placed in their home or apartment.
Related topics:
health & fitnessdr. roger yurtburn preventionburn injuriesoperation 7: save a life
Copyright © 2021 WABC-TV. All Rights Reserved.
TOP STORIES
LIVE | NYC's mayoral primary night coverage
2021 New York Primary Results
When will we know who wins NYC's mayoral primary?
Here's why each of the 8 Democrats say they want to be mayor of NYC
AccuWeather: Mostly sunny, but watch for rip currents at the beach
Vanessa Bryant, other families reach settlement in wrongful-death suit
GOP filibuster halts Democrats' signature voting bill
Show More
Exclusive: Video shows huge fireworks explosion in Upper Manhattan
Tourist punched, hit with bottle in unprovoked assault on subway
NYC subway station gets makeover for Meryl Streep's birthday
Houston hospital says 153 employees who refused COVID vaccine have resigned or been fired
Corbin Bleu announced as 2021 Jimmy Awards host
More TOP STORIES News