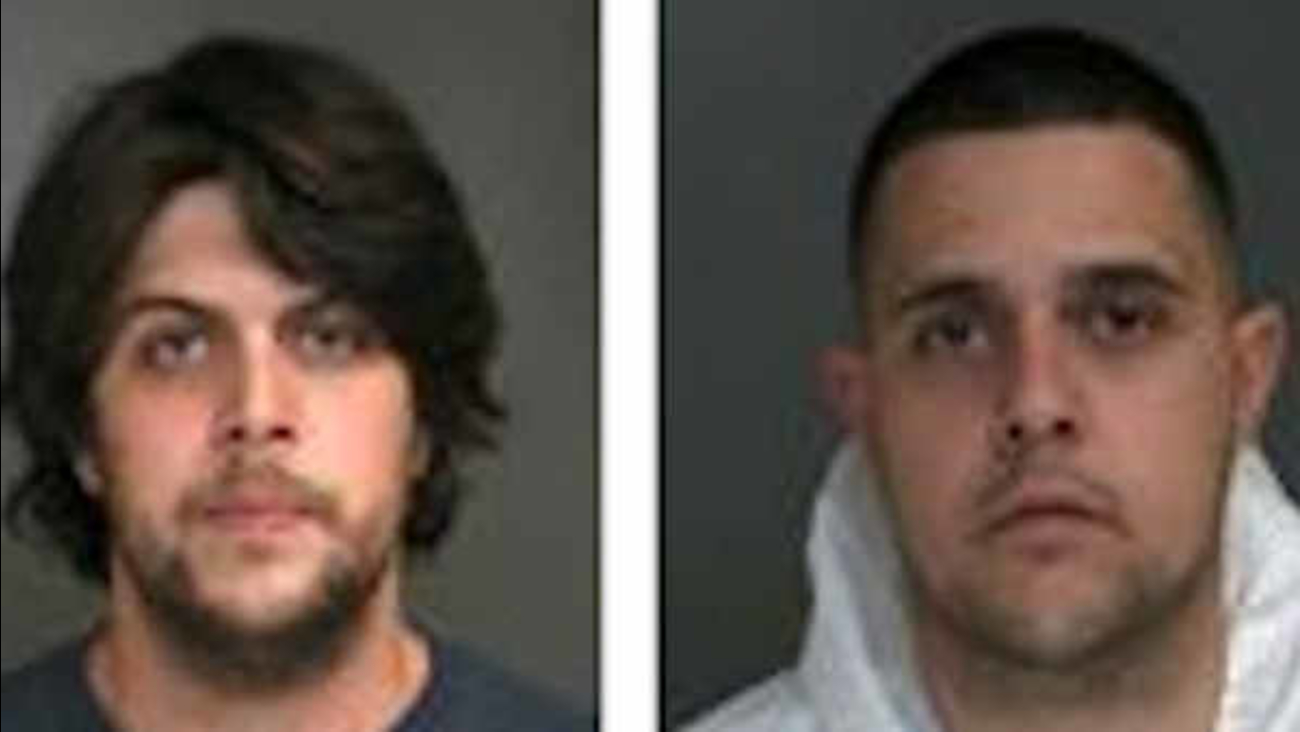 CORAM (WABC) -- Suffolk County Police have arrested two men for allegedly robbing one gas station, and attempting to rob another in Coram within 15 minutes of each other Saturday night.

Authorities say Tony Taddonio entered the Sunoco Gas Station located at 3423 Route 112 at approximately 6 p.m. armed with what appeared to be a handgun and attempted to hold up the clerk.

The clerk grabbed a stick he kept behind the counter and Taddonio fled without any proceeds to a 2003 Acura being driven by Michael Iovino.

Approximately 15 minutes later Taddonio entered the Mobil gas station on Middle Country Road and held up the clerk fleeing with approximately $350, according to investigators.

Iovino and Taddonio fled Southbound on Route 112, Coram, but were stopped by Officer Francesco Saracino, who was searching the area in regards to the attempted robbery.

Officer Saracino arrested the suspects at approximately 6:50 p.m. Cash and a BB gun used during the robberies were recovered.