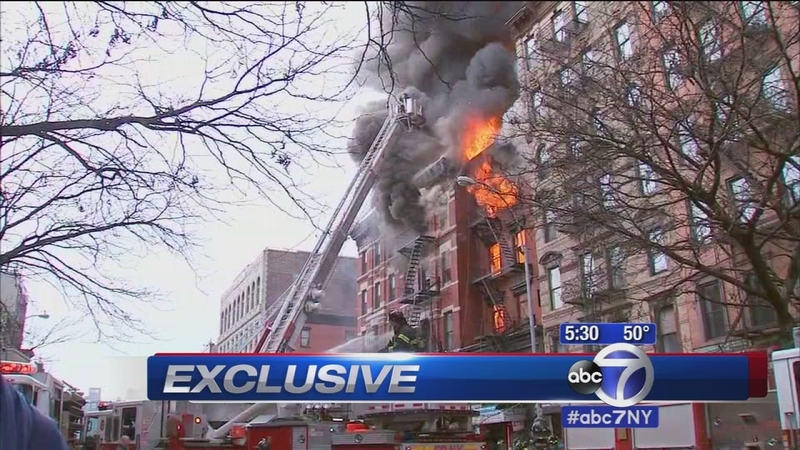 EAST VILLAGE -- A young man who survived the explosion in the East Village is speaking exclusively to Eyewitness News.

He was in the restaurant nearly one week ago when the blast erupted, an explosion so powerful it destroyed three buildings.

A 23-year old recent college grad, on a date with his girlfriend at Sushi Park last Thursday was sitting about four feet away from Nicholas Figueroa, who was killed, and his date.

"All of the sudden everything just started shaking, I feel like I'm falling. Everything goes from black to white. It's surreal. I felt like it was almost taking me for a ride," the survivor said.

He wants to maintain his anonymity so we are not showing his face or using his name.

What has been important to him since the blast, was tracking down the family behind the face on the missing persons flyer of Figueroa.

"Before I came in, I knew they would be a reflection of my whole family, you know. His description, Nicholas' description sounded exactly like my own, down to what we were doing at the time."

At the time of the blast, the part-time physical therapist wasn't sure exactly what had just happened.

"I had my eyes open the whole time time. I heard her crying. And I just went up to her and grabbed her arm, he said. "So I just take her arm and climb toward the light."

From where he was sitting, he could see Figueroa's date, but never laid eyes on her.

"He was behind the wall that protected us. He was there," the survivor said.