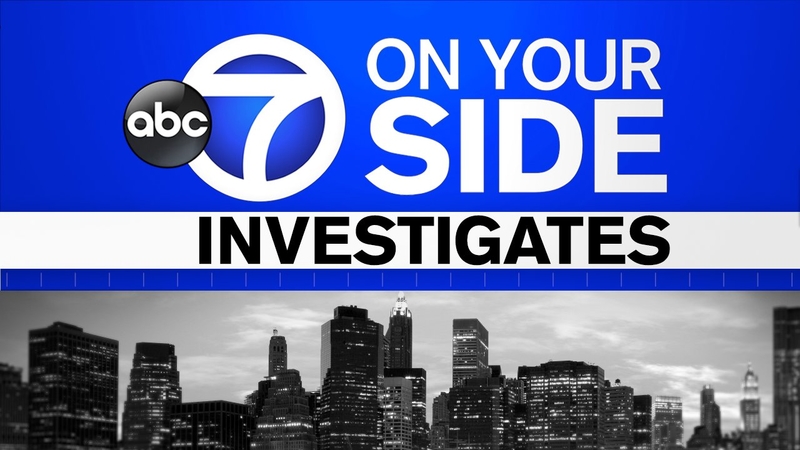 NEW YORK (WABC) -- The Eyewitness News Investigators work tirelessly to report stories that need to be told, and they follow up on them as well.

Here are new developments to three stories we told you about recently.

Not long after we confronted attorney Paul Vesnaver about his failure to pay a client -- a construction worker injured on the job -- the $500,000 settlement he won, things finally started moving in Xhevat Misku's favor.

Two weeks after our investigation, Misku received a check from the attorney for a half-million dollars, nearly three-and-a-half months after the attorney had received the settlement money.

"Thank you so much," Misku said. "I appreciate, and I wish you all the best."
There is also new news to report regarding our investigation last year into an NYPD raid on a deli in Bedford-Stuyvesant, Brooklyn. Last April, the narcotics squad from the 73rd Precinct raided the bodega and arrested two workers there for selling untaxed cigarettes.

Video from the store security cameras showed detectives making the arrests, and it also seemed to show one of the detectives grabbing a handful of money from a cash box hidden under the counter and placing it in his coat pocket.

We've recently learned that following an Internal Affairs Investigation, Detective Ian Cyrus has been served with departmental charges that include "Taking money from a business while performing a buy and bust operation" and "making false statements."

He is suspended without pay while awaiting disciplinary action.

And that brings us to our continuing investigation into the millions of dollars in taxes owed by "Taxi King" Gene Freidman, which reveals that he has paid the TLC $98,000 in fines.

Those fines were levied against him after our investigation showed years of tax delinquency. We've also learned he still owes the state $5.5 million in unpaid taxes and interest penalties.

The TLC tells us they are working with the state "to ensure we have all of the necessary records to move forward with actions, which is crucial considering the number of vehicles in question."