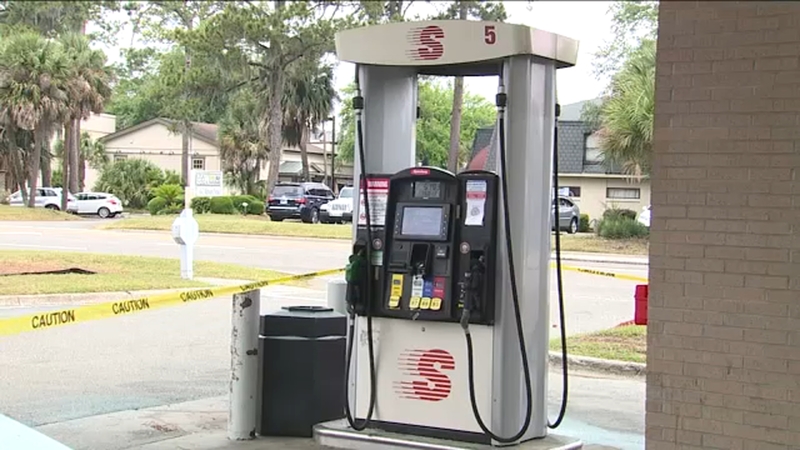 NEW JERSEY (WABC) -- More than 1,000 gas stations in the Southeast reported running out of fuel, primarily because of what analysts say is unwarranted panic-buying among drivers, as the shutdown of a major pipeline by a gang of hackers entered its sixth day Wednesday.

The rush to the pump has not hit the Tri-State Area yet, but prices are on the rise nonetheless -- and drivers are feeling the pinch.

Things could become a little more dicey if the Colonial Pipeline shutdown lingers, as the ransomware attack affected the primary means of transporting gas to the East Coast, with Florida, Georgia, North Carolina and Virginia declaring states of emergency with stations running out of fuel.

"Colonial has announced that they're working toward full restoration by the end of this week, but we are not taking any chances," U.S. Transportation Secretary Pete Buttigieg said. "We are doing everything that we can in the interim to make it easier to move fuel to the places that need it."

Even if the ransomware attack is quickly resolved, the higher prices may be here to stay as the summer driving season kicks into high gear.

Government officials acted swiftly to waive safety and environmental rules to speed the delivery of fuel by truck, ship or rail to motorists and airports, even as they sought to assure the public that there was no cause for alarm.

A large part of the pipeline resumed operations manually late Monday, and Colonial anticipates restarting most of its operations by the end of the week, U.S. Energy Secretary Jennifer Granholm said, adding that there is no reason to hoard gasoline.

"We know that we have gasoline; we just have to get it to the right places," she said.
EMBED More News Videos

Tom Bossert, the former Homeland Security Advisor for the Trump administration, joins "Good Morning America" with an analysis of the Colonial Pipeline cyberattack.