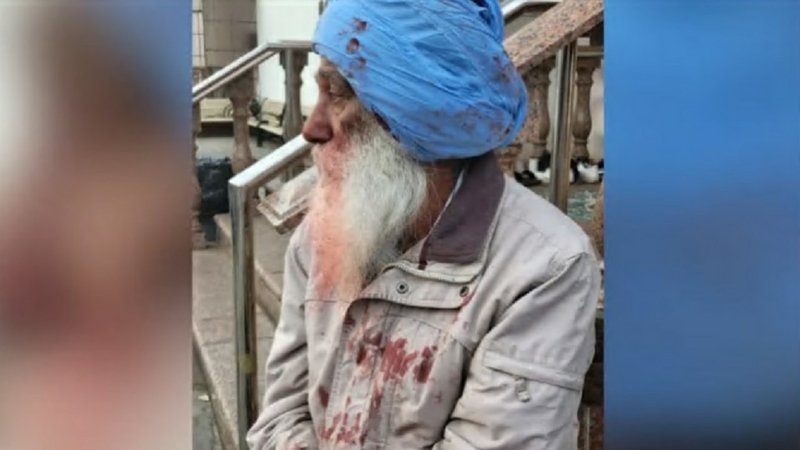 RICHMOND HILL, Queens (WABC) -- A 19-year-old man has been charged with two more hate crimes against Sikh men in Queens after he was arrested for an attack on a 70-year-old man.

Vernon Douglas, 19, now faces up to 25 years in prison for 13 criminal charges including robbery and assault as a hate crime.

A second man, Hezekiah Coleman, 20, is also charged with Douglas in connection with one of the attacks.

Douglas was originally arrested on Thursday and charged with punching 70-year-old Nirmal Singh, leaving him with a broken nose and severe bleeding in an attack in Richmond Hill on April 3.

(Video above is from previous coverage)

On Saturday, Queens District Attorney Melinda Katz announced he was also being charged in two attacks on April 12.

According to the criminal complaint, Douglas was shirtless and carrying a stick around 7 a.m.

He also stole $300 in cash from the victim after his wallet fell to the ground during the assault.

The victim was taken to the hospital where he received stitches to his forehead and treatment for other injuries.
Minutes later, the Queens D.A. said Douglas approached a third victim, 58, and hit him multiple times in the head and face with a stick, causing the man's turban to fall from his head.

Dougles then allegedly picked up the head wrap and allegedly pulled the victim's beard.


That's when prosecutors say Coleman approached the victim and punched him multiple times, then threatened to shoot him.

Douglas then allegedly took $200 from the victim's pocket and ran away.

The victim was also treated at the hospital.