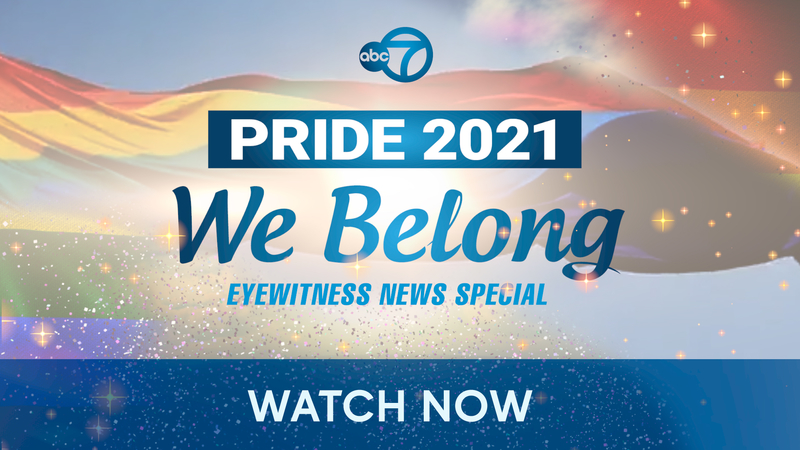 NEW YORK -- Pride 2021: We Belong" is an hour-long celebration of diversity, inclusion and unity.

Hosts Ken Rosato, Lauren Glassberg and Sam Champion bring viewers an array of informative and entertaining stories about the LGBTQ+ community, including emotional and inspiring profiles of people making an impact in the ongoing struggle for equal rights.


The special will also explore the history of the original Pride flag and how a remnant was recently discovered and put on display in San Francisco, the city where it was created.

Viewers also learn about the Trevor Project's Coming Out handbook for young people.