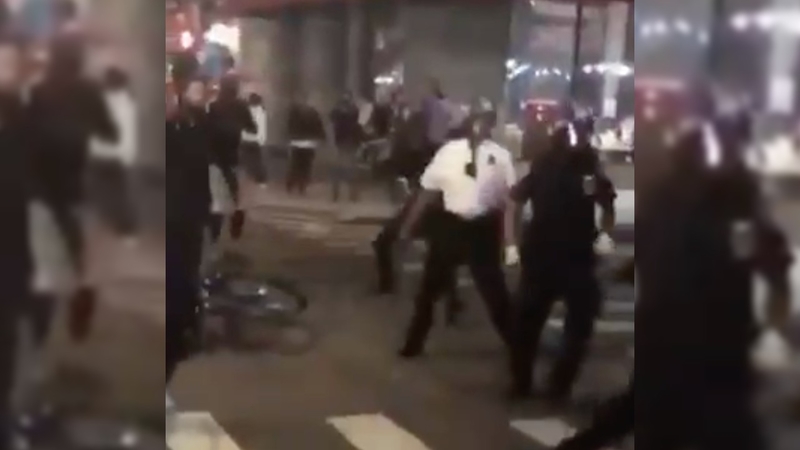 NYPD lieutenant struck on the head with brick

EAST VILLAGE, Manhattan (WABC) -- Video shows the moment an NYPD lieutenant was struck on the head with a brick, causing an officer to draw his weapon.

The incident happened at around 10 p.m. on Sunday, while NYPD officers were policing a protest near East 12th Street and Broadway.

Video of the violent encounter shows the suspect approach the lieutenant from behind and strike him in the head with a brick.

Immediately following the attack, an officer pulled out his weapon.

Earlier on Monday, before the video surfaced, New York City Mayor Bill de Blasio had called for the officer who pulled the gun to be fired.

So far, the mayor has not commented on the new video.

There is no information on the person who attacked the lieutenant at this time.