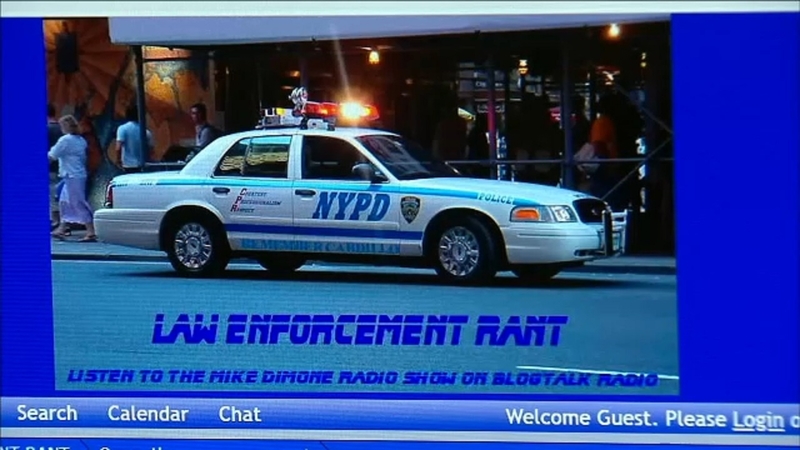 NEW YORK (WABC) -- The head of the NYPD's workplace discrimination office has been relieved of his command amid an investigation into allegations he made prejudice, sexist and intolerant comments in an online chat room where officers air grievances anonymously.

Deputy Inspector James Kobel, assigned to the Equal Employment Opportunity Division, has been placed on modified assignment pending the outcome of the internal investigation.

Kobel is accused of penning attacks on Black and Jewish people, women, members of the LGBTQ community and others for more than a year using the pseudonym "Clouseau," a reference to the bumbling French detective in the "Pink Panther" films.

"The abhorrent racist, misogynist, and homophobic messages, which our evidence reveals was posted by NYPD Deputy Inspector James Francis Kobel, are deplorable and intolerable," Johnson said. "It is outrageous that any public servant, let alone the person in charge of handling harassment and equal opportunity at the department, would behave in this reprehensible and unprofessional manner."

The NYPD first started investigating the claims after a report was provided to the department on Oct. 14.

"The virulent bigotry of Deputy Inspector James Francis Kobel has no place in the NYPD, much less in the Office of Equal Employment Opportunity," Torres said. "The shocking nature of the misconduct revealed in this report would call for nothing less than termination."

Commissioner Dermot Shea called the postings "abhorrent" and "utterly disgusting." Kobel could be fired after an internal investigation, Shea said.

"That is a drastic step, but we thought it would be an appropriate step due to the nature of his assignment, as well as the allegations and what we have learned so far," Shea said.

The allegations against Kobel were detailed in a City Council report. Investigators linked the messages to Kobel by matching information in the "Clouseau" messages to publicly available details about Kobel's life and career.

Patients have experienced symptoms ranging from nausea and anxiety to loss of consciousness, doctors said.

Kobel, a 28-year member of the department, was the second-in-command in the Equal Employment Opportunity office for four years before being elevated to commanding officer in May.

The office is responsible for preventing and investigating employment and harassment claims and has implemented policy changes in recent years providing for lactation rooms, enabling officers to wear religious head coverings, and making accommodations for transgender officers.

According to the office's website, it exists to promote "a fair, safe, inclusive and accommodating work environment for all members of the (NYPD)" and "for ensuring (the NYPD's) employees are treated with dignity and respect in the workplace...and promoting a fair and inclusive workplace that is free from discrimination and harassment."

Johnson and Torres also announced that the City Council will hold a public hearing on this matter in the coming weeks.

"This council will take immediate action to find out how this could have happened, what steps are needed to make sure someone like this is never empowered again in the NYPD, and to investigate the work this officer and his office has done in the past, all of which has been called into question by this investigation," Johnson said. "I commend the work of Council Member Ritchie Torres and the staff of the Oversight and Investigations Committee for their vital work on this investigation."

Captains' Endowment Association President Christopher Monahan suggested Kobel may have been targeted by someone inside the department he had investigated.

"James Kobel is a dedicated professional who adamantly denies these specious allegations," Monahan said. "Unfortunately, he has conducted thousands of internal investigations over the last several years. Clearly, he has angered some people along the way. In any event, he looks forward to being fully exonerated when all the facts come out. The CEA plans on conducting their own investigation, including computer forensics, to dispute the department's position that it points to him."

The whale was seen spouting water and making its way through the river near Pier 84.