7 On Your Side Investigates: Tax payer funds used to settle NYPD use of force claims 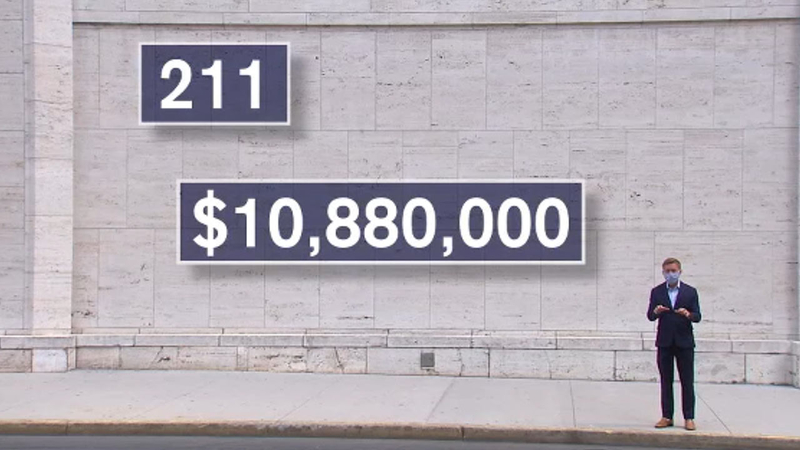 NEW YORK (WABC) -- Police have been seen at their best over the past few weeks as they've been seen hugging and taking a knee with protesters, but there have been scenes that have been hard to watch.

Incidents such as an officer pushing a protester to the ground, another driving his car through a crowd of protesters and a woman taken down in a subway arrest for not wearing a face mask.

It has been difficult to track how many officers in the New York City area have been disciplined over the years for wrongdoing. The disciplinary records haven't been made available to the public, but one thing that has been made available publicly is how much the city has paid out in civil lawsuits filed against those officers.

7 On Your Side Investigates went through thousands of civil lawsuits filed against the NYPD over the past five years. The police department has settled close to $230 million in claims alone in 2018. Those claims range from wrongful convictions to property damage.

But when searching deeper for those suits claiming officers of alleged use of force and assault/battery, 7 On Your Side found more than 200 cases filed since 2015. Those cases involved more than $10 million in settlements using tax payer funds.

"There's no accountability," said attorney Randolph McLaughlin, who has been involved with more than a dozen suits against the NYPD over the past few decades. "I think we're going to see an explosion in these cases in the next year."

McLaughlin believes the number of civil cases could increase due to the large number of protests this year, more people taking cell phone video and the passing of new laws.

The mayor announced officer disciplinary records will be posted online soon and body camera footage will be released each time force is used or an injury or death occurs.

"So we all can get a birds eye view of what has happened and what is happening in our departments," McLaughlin said.

Eyewitness News reached out to the NYPD several times in response to the story and hasn't hard back.

The city comptroller's reports show the total number of claims filed against the NYPD has declined for the past four years.