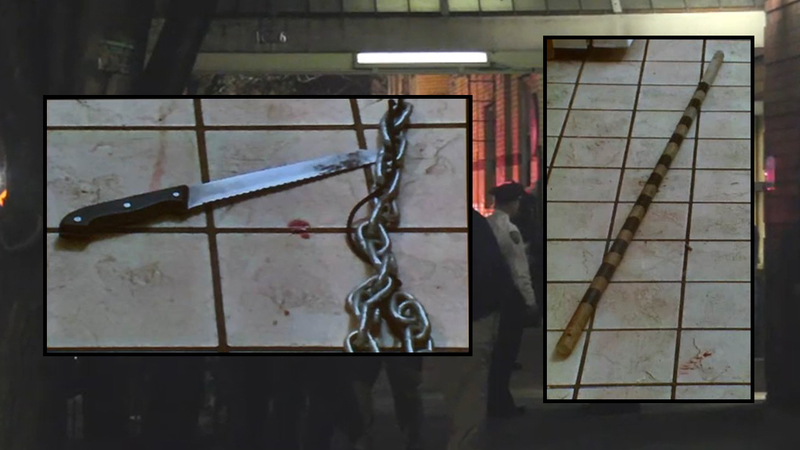 MORRIS HEIGHTS, Bronx (WABC) -- An investigation into the police-involved shooting death of a man who authorities say was armed with a stick and knife found no criminality on the part of the responding officers.

Officials released the report on the investigation into the fatal shooting of 32-year-old Kawaski Trawick inside his apartment by a member of the New York City Police Department on April 14, 2019, as well as video of the shooting and the events leading up to it.


The investigation found no criminality on the part of the responding police officers, but revealed the responders lacked information that would have been helpful when they encountered Mr. Trawick in his apartment, as well as a gap in communication with the non-profit supportive housing facility where he resided at 1616 Grand Avenue.

Officials said the investigation also revealed the need for a thoughtful review of police procedures and training techniques for these types of interactions.

"Once again, we have a death that painfully illustrates that changes are needed in the response to those in mental health crisis, and that we as a community must do better to provide appropriate assistance for residents of supportive housing in the City," District Attorney Darcel D. Clark said. "There must be treatment and services readily available to prevent persons from reaching a point where they may cause harm to themselves or others. I continue to encourage a productive conversation about how to better approach calls to help people in crisis to avoid an escalation resulting in a fatality. I send my condolences to the loved ones and friends of Mr. Trawick, whom deserved a thorough, transparent investigation into facts leading up to his tragic death. We are releasing the report as well as video footage from the officer's body worn camera and building surveillance cameras to provide the public with as much information as possible."

They say they ordered the man to drop his weapons, but he did not comply.


When the man approached officers, one of them deployed a Taser. But they say the man continued advancing toward them.

The same officer then opened fire, shooting the man at least once in the chest.
Trawick was pronounced dead at Bronx Lebanon Hospital.

Trawick's mother - joined by other family members, their attorney Royce Russell and advocates from Justice Committee and Communities United for Police Reform - met with the Bronx District Attorney's office for a briefing on the DA's report on their investigation into the NYPD killing of Trawick.

The report is expected to be released Tuesday by the Bronx DA.

In response to the meeting and report, Kawaski Trawick's mother and supporters released the following:


"It's crystal clear from the video and the facts that NYPD Officers Brendan Thompson and Herbert Davis unnecessarily killed my son," said Ellen Trawick, mother of Kawaski Trawick. "Kawaski was cooking in his own apartment, not a threat to anyone when Davis & Thompson entered his home without permission and immediately escalated the encounter resulting in Kawaski's death. They refused to answer when my son repeatedly asked them why they were in his home. Thompson tased my son out of nowhere, even though Kawaski posed no threat -- and then he shot and killed my son. Neither officer gave any aid while my son lay dying on the floor. If Thompson and Davis had treated Kawaski like a human being, he would be alive today. Because of the failure of the Bronx DA to indict these officers, I'm focused today on fighting to make sure that Mayor de Blasio and the NYPD fire Thompson and Davis because the way they killed my son makes them a clear danger to New Yorkers."

"The Bronx DA's office dragged their feet on this investigation for a year and a half, mistreating my family and me along the way," she said. "It's outrageous that they made us wait three more months after they publicly announced that they wouldn't indict, for a report that is written in a biased way that summarizes the incident by reiterating NYPD talking points instead of highlighting the multiple problems with the officers' actions and failures, including killing my son within 2 minutes while they escalated the incident every step of the way. The DA's delays make it even harder now for my family to fight to ensure these officers are fired."