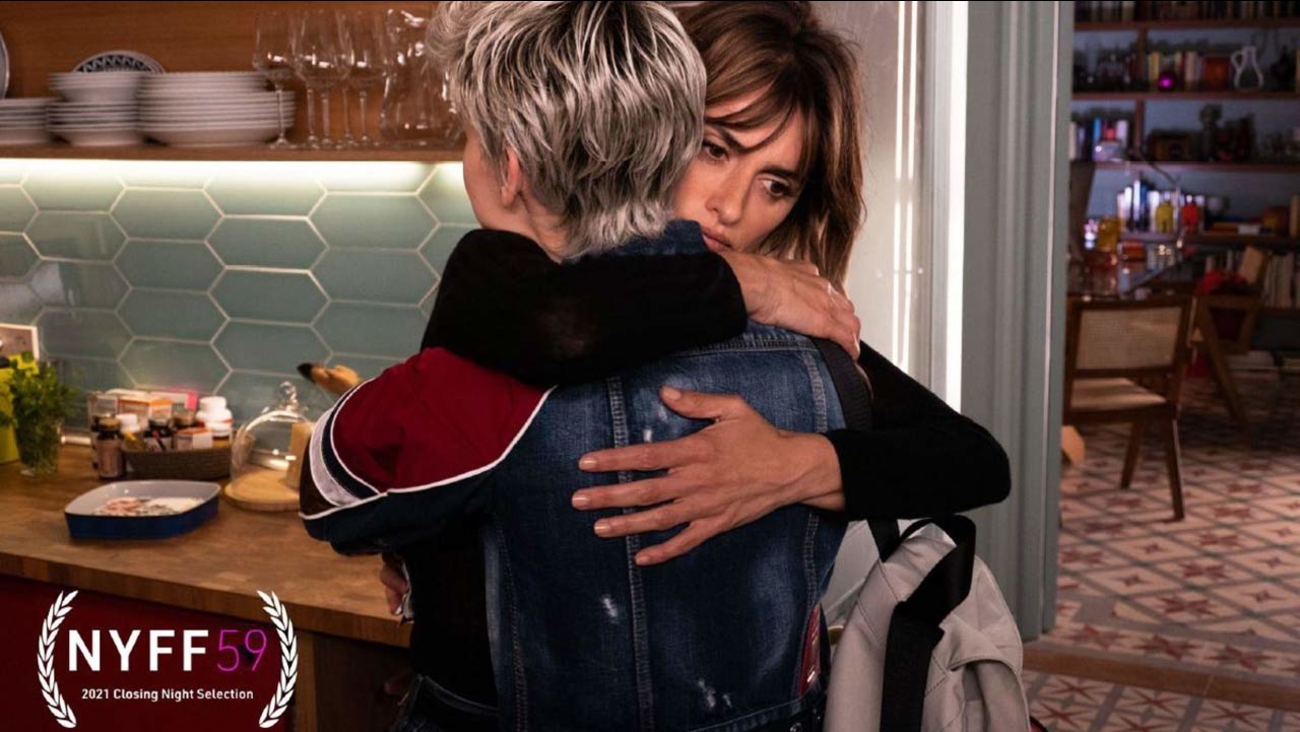 
Here is more about the festival's closing night film, from NYFF:

In this muted contemporary melodrama, two women, a generation apart, find themselves inextricably linked by their brief time together in a maternity ward. The circumstances that brought them to the Madrid hospital are quite different - one accidental, the other traumatic - and a secret, hiding the truth of the bond that connects these two, is a powerful story that tackles a deep trauma in Spanish history. Penlope Cruz's Janis is a uniquely complex, flawed, but ultimately alluring lead character, who finds herself in a morally and emotionally treacherous situation. She's viewed in contrast with Ana, radiantly portrayed by newcomer Milena Smit, a discovery who brings a palpable innocence, pain, and longing to this interwoven portrait of women and motherhood. These charismatic stars inhabit characters who are singular among those drawn by Almod-var in a career defined by striking portraits of women.

"It is always a privilege and an honor to feel that I am part of the most significant films of the season," said director Pedro Almod-var. "After more than 30 years, the NYFF has become my second home. It is the best reason to visit New York and to see the best films of the year."
"Spanish filmmaker Pedro Almod-var's long relationship with the New York Film Festival spans more than three decades and a dozen films," said New York Film Festival Director Eugene Hernandez. "He returns this year with Parallel Mothers, a stirring and somber exploration of secrets and hidden histories - those sometimes found in families and often buried by societies - and how those skeletons can shape the course of individual lives and entire cultures. We're thrilled to have Pedro back at NYFF to conclude this 59th edition!"

Presented by Film at Lincoln Center, the New York Film Festival highlights the best in world cinema and takes place September 24 October 10, 2021. An annual bellwether of the state of cinema that has shaped film culture since 1963, the festival continues an enduring tradition of introducing audiences to bold and remarkable works from celebrated filmmakers as well as fresh new talent.
NYFF59 will feature a combination of in-person, outdoor, and virtual screenings, with a comprehensive series of health and safety policies in coordination with state and city medical experts. Visit filmlinc.org
FILM AT LINCOLN CENTER
Film at Lincoln Center is dedicated to supporting the art and elevating the craft of cinema and enriching film culture.