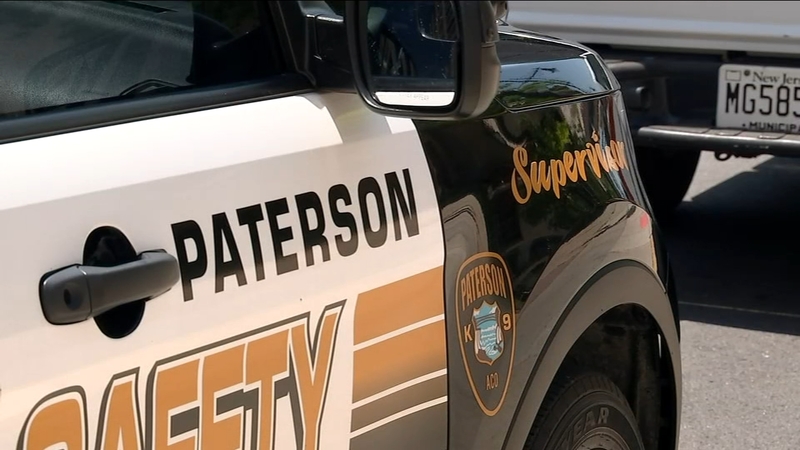 1 year after murder of George Floyd: Police reform in Paterson

PATERSON, New Jersey (WABC) -- As communities across the nation mark one year since the murder of George Floyd while in police custody in Minnesota, one city in New Jersey is putting words into action.

Paterson Mayor Andre Sayegh signed an executive order Tuesday, making a police officer's use of force record a key factor in determining whether they are eligible for promotion.

The executive order is based on policies proposed by The Citizens Campaign and the Paterson Civic Trust that were developed in consultation with experts with extensive law enforcement experience.

"The most lasting way to honor the memory of George Floyd is to work to make continuous improvements in our police department to ensure that our officers are effectively trained in how to safely de-escalate situations and only use force as a last resort," Sayegh said. "Today's executive order advances this goal by putting de-escalation practices at the center of policing in Paterson."

The order also establishes the Mayor's Task Force on De-Escalation and Police Practices.

Officials say the De-Escalation Task Force is designed to ensure a continuing search for -- and implementation of -- best practice de-escalation policies and programs, including increased and improved de-escalation trainings, better use of force reporting and more effective recruitment and hiring practices for consideration by the mayor and police director.

Evidence shows that an emphasis on de-escalation helps to reduce avoidable incidents and injuries for both Paterson residents and police officers, according to officials, and reduces the legal fees and the pay-outs cities make to settle excessive use of force lawsuits.


The task force will recommend to the mayor, city administrator and police director evidence-based policies, which they say have been proven to be successful in similar cities that improve screening, training, reporting and any other actions that enhance de-escalation.

"It is a way to honor the memory of George Floyd on the one-year anniversary of his killing," Sayegh said ahead of the signing.
Harry Pozycki, founder and chairman of the advocacy group The Citizens Campaign was slated to be on hand, along with the mayor, Paterson Civic Trustee David Lowe and other officials.

The task force will review an annual audit to be provided by the Paterson Police Department to report progress on any policies or practices adopted, or actions taken to improve the de-escalation capabilities and performance of the Department. It will also conduct public hearings to receive best practice de-escalation policy input from members of the community, including police officers.

The family of a 24-year-old woman who died after falling from a rooftop during a party in the East Village this weekend is speaking out about their loved one.