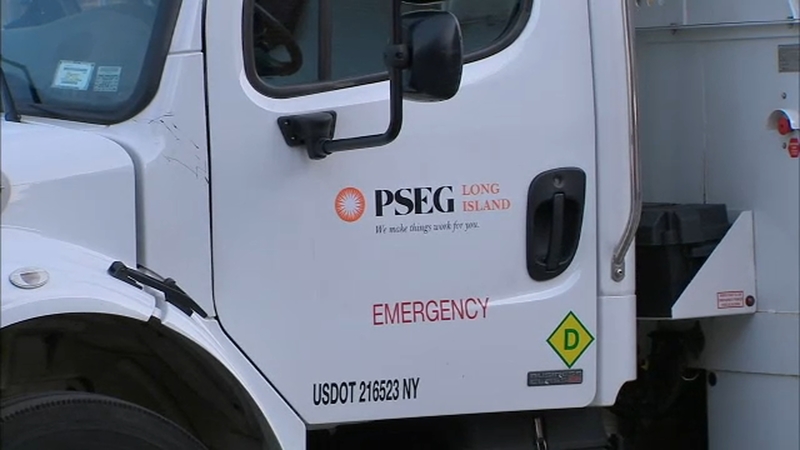 SUFFOLK COUNTY (WABC) -- Nearly 4,000 scam calls have been reported to PSEG Long Island so far this year, compared with 4,088 scam calls reported in all of 2018 -- and officials are telling customers to beware.

The most common scam, phone scamming, has become more frequent and more sophisticated.

During the past several weeks, people have been receiving voicemails claiming to be from employees at PSEG Long Island.

The customers are told they need to meet a company representative in person and pay an outstanding bill with a gift card.

When a call came into their dance studio business a few months ago, Kim and Dave Sanders knew it wasn't the real thing, but it certainly looked real, with the caller ID reading "PSE&G Appliance", and it sounded legit.

"..to inform you that you will be experiencing a service disconnection," part of the message said.

"The call prompts are exactly as their prompts are on the phone," said Kim Sanders. But they knew their payment wasn't late, and they also said the urgency made no sense.

"They were gonna shut us down, if we were not at a certain location...with cash, within the hour," said David Sanders.

Officials say the utility scam is a national one, and PSEG is working with other utilities and law enforcement. Meanwhile local homeowners have also recently been targeted in other ways.

"Just last week, someone convinced a 75-year-old Melville woman that her Social Security number had been compromised, and stated that if she did not send $75,000 in cash, she would be deported," said Commissioner Geri Hart of the Suffolk County Police Department. "Unfortunately the woman complied, and mailed the cash."