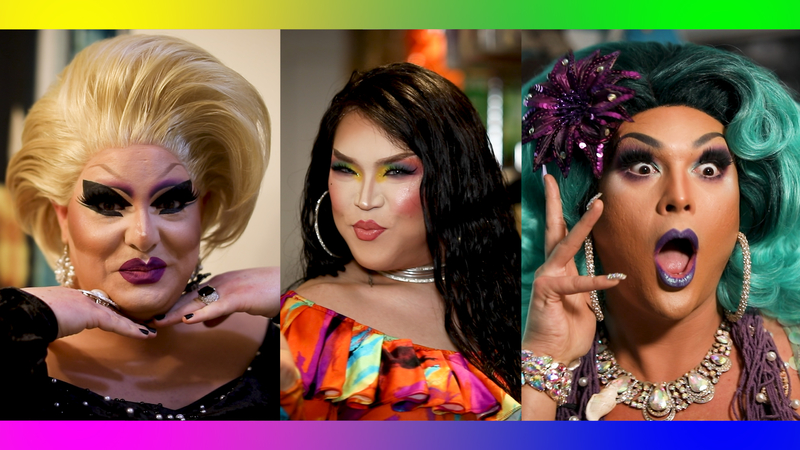 As essential workers headed to the frontlines, performers and artists were out of work and went into quarantine.

For drag queens across the country, the pandemic forced them to take their performances online.

"It was shocking to go from doing so much to so little," said Pissi Myles, a New Jersey-based drag queen.

"It was honestly the most shocking when it got to the summertime. All my pride and summertime gigs were canceled," Pissi said.

Despite their initial struggle to find work, the drag queens found a way to keep their audience engaged with virtual performances.

"The virtual shows are different," said Bella Noche, a Long Island-based drag queen. "You're your own lighting person, you're your own sound person, and you need backgrounds. Performing in front of a screen with just hearts and likes is not the same as applause and dollar bills."

Despite their online platform, the lack of interaction with a live audience took an emotional toll on some of the queens.

"The most difficult part for me was not being able to express myself for a live audience," said Jasmine Rice LaBeija, a New York City-based drag queen.

"Being in the apartment by myself almost had a negative effect because I would try to give like this positive energy out and nothing would come back in return," said Jasmine.

Now, more than a year later, as restrictions are eased and bars reopen, the queens are hitting the stage once again.

"It's unbelievable how happy and fulfilling it is to be back in front of a live audience after not being able to for so long," said Bella.

Pissy, Jasmine, and Bella are thrilled to be back performing for their adoring fans in person.

For an even better viewing experience on your TV of this special feature, get the ABC7NY streaming app on Roku, Amazon Fire TV, Apple TV, and Android TV. To stream, search "ABC7 New York" in the app store.