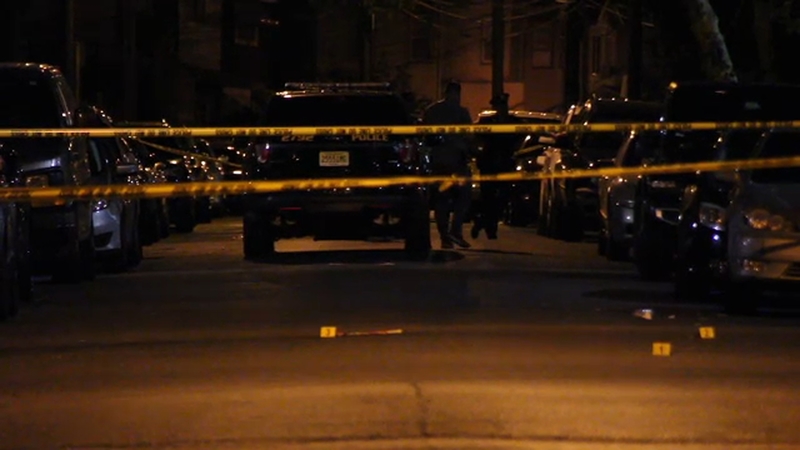 JERSEY CITY, New Jersey (WABC) -- Two people are hospitalized after a police-involved shooting in New Jersey in which those shot by police were apparently setting off fireworks.

It happened around 10:15 p.m. Monday at McDougal and Randolph avenues in the area of the Arlington Gardens complex in Jersey City.

Further details were not disclosed.

Preliminary indications suggest fireworks were being used in the area where the shooting happened. Witnesses said the wounded men were the ones shooting them off.

A 21-year-old man who was rushed to Jersey City Medical Center by ambulance, while a 19-year-old man was shot in the leg and arrived at the hospital in a private car.

The injuries are not considered life threatening.

Police had reportedly received a 911 call about the fireworks. It's not yet known why gunfire broke out, but one witness described what he saw.

"What I saw, I don't know if he pointed it at the officer or not, the sky rocket things, and that's how everything really escalated," he said.
The 19-year-old victim left the hospital Tuesday morning and said that he was firing off Roman candle fireworks with friends and initially thought he got hit by one of them.

The 21-year-old victim was identified by friends as Devante Moore, a former Lincoln High School football player who currently plays for his community college in Iowa. His high school coach is livid.

"How does fireworks lead to people getting shot, primarily in the back," Coach Chris Gadsen said. "Somebody is fleeing or running away, so what is the protocol?"

Now, the family fears Moore may not be able to go back to playing football.

The Hudson County Prosecutor's Office has not returned our request for comment at this time.

No police officers were injured, but two of them were also taken to the hospital to be checked out.