WABC
By Eyewitness News
OHIO (WABC) -- Police officers and a group of kids played on the same team in one Ohio community.

Police were called to the scene after someone complained about young people playing football in the street.

Instead of breaking up the game, the officers decided to join in the action.

The end result was a brief period of laughs and smiles, but more importantly during these difficult times, a better understanding of one another.

"So at first, it's scary when you see them and they're white, but then you see they're nice and you feel relieved. They were quick for going in," said Kindall Brown, 12 years old.

Kindall's uncle played football at the University of North Carolina.

He has dreams of one day playing in the NFL. 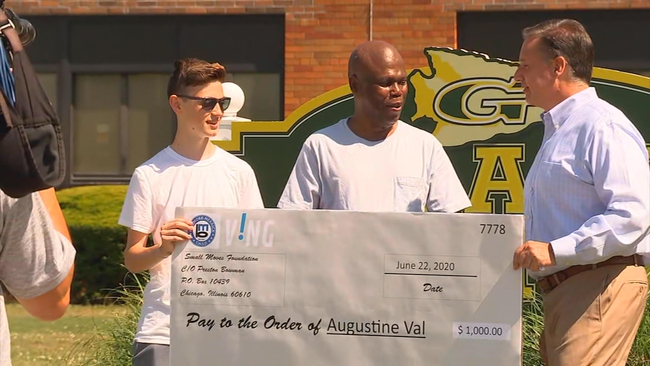