7 On Your Side Investigates teamed up with other ABC Owned Television Stations to examine the impact individual bidding wars are having on states and local municipalities forced to dip further and further into reserves funded by tax dollars while private suppliers around the globe cash in.

The gear states are seeking includes everything from gloves, face shields, gowns, sanitizers and N95 masks, a respiratory protective device needed to better prevent a COVID-19 positive patient from transmitting the virus to the workers treating them.

Earlier in the week, a spokesperson for the New York City Department of Health indicated the federal government had provided less than one-fifth of the ventilators the city requested.

Governor Cuomo said the state had independently acquired about four and half times more ventilators than the federal government had provided the state.

Cuomo said prices have skyrocketed under the demand for supplies as other states also bid for the same limited materials.

New York is paying about double what it used to pay for ventilators, now going for about $45,000, and paying about seven times more than it would typically pay for N95 masks. He said masks that once cost about $0.85 are now costing around $7.

"It's like being on eBay with 50 other states," Cuomo complained.

Houston Fire Department Chief Samuel Peña said he received a shipment of supplies from Mexico and has looked as far as the Middle East to secure more equipment for first responders.

Houston's Mayor also indicated he had recently lost an order to another municipality in a bidding war.

"We have had to go another potential supplier, and it does become very costly," said Houston Mayor Sylvester Turner.

In New Jersey, Governor Phil Murphy said his state is "desperate" for more PPE despite obtaining about 10 million pieces of PPE on its own costing the state, "tens and tens of millions of dollars."
Illinois Governor JB Pritzker described the fight for supplies as the "Wild West." And on Monday, Pritzker said the federal government sent surgical masks not the N95 masks the state had requested.

In Philadelphia, the Federal Emergency Management Agency only fulfilled 44 percent of the state's requested PPE, leaving them short more than 382,000 N95 respirators and still in need of more than half a million face and surgical masks, according to a report Thursday from the U.S. House Committee on Oversight and Reform.

North Carolina has received only a portion of the masks, gowns, gloves and face shields it requested from the federal government. Officials there are fighting back against scammers who are trying to take advantage of the need for PPE by "making offers and demanding up-front payment for something that looks sketchy and is probably not a real thing," said Wake County EMS Assistant Chief Jeff Hammerstein.

On the hunt for PPE's, California Governor Gavin Newsom said the state was "out there, sourcing them from all around the globe.".

As of Friday, the Centers for Disease Control and Prevention had confirmed well over 200,000 cases of Coronavirus and more than 4,500 deaths.

The federal government says it is providing relief. The U.S. Department of Health & Human Services announced last month that it would purchase 500 million N95 respirators over the next 18 months for the Strategic National Stockpile.

"FEMA planning assumptions for COVID-19 pandemic response acknowledged that the Strategic National Stockpile alone could not fulfill all requirements at the State and tribal level," said a FEMA spokesperson in a statement. "The federal government will exhaust all means to identify and attain medical and other supplies needed to combat the virus.

The spokesperson also explained the federal government would be providing allotments of the federal stockpile of equipment to states using a formula that considers the state's population.

The Coronavirus Aid, Relief, and Economic Security Act, signed by President Trump in late March, allocates $27 billion "for the development of vaccines and other response efforts, including $16 billion to build up the SNS with critical supplies, including masks, respirators, and pharmaceutics," according to FEMA.
President Donald Trump has sent mixed messages to states about relying on the federal government for supplies.

"They shouldn't be competing. And they should call us," President Trump said Tuesday in response to governors' complaints about federal disorganization and a lack of support.

Then Thursday, the President encouraged states to obtain their own supplies if possible.

"Get it yourself if you can from your local companies and your local warehouses and factories. If you can do that you should do that," Mr. Trump said.

On Twitter, Trump also described the federal stockpile as a backup.

"Some have insatiable appetites & are never satisfied (politics?). Remember, we are a backup for them. The complainers should have been stocked up and ready long before this crisis hit. Other states are thrilled with the job we have done," he tweeted. "Sending many Ventilators today, with thousands being built. 51 large cargo planes coming in with medical supplies. Prefer sending directly to hospitals."

Amid the shortage, the federal government is encouraging the reuse of PPE and creating guidelines for how to adequately clean and recycle the equipment, including some items that healthcare professionals have said are typically intended for one-time use.

Cuomo called on the federal government - or even states themselves - to get organized and eliminate private market competition.

Already, states have begun forming those alliances and are working together to obtain supplies but governors worry whether their efforts will be enough to meet the need.

"We want to help other states even as large as Illinois and Washington State, some of the largest states in our nation, to see if we can help procure not only a reduction in costs per unit, but also procure a mindset where we're not playing in the margins of a zero sum where it's us versus them," California Governor Newsom said.

"We are sharing and shifting resources which is the only intelligent thing to do," Cuomo said.

How coronavirus is leaving ghost towns in its path
Coronavirus prevention: how clean are your hands?
Social distancing: What is it and how does it stop the spread of coronavirus?
Coronavirus closures and cancelations
Coronavirus tips: What Americans need to know 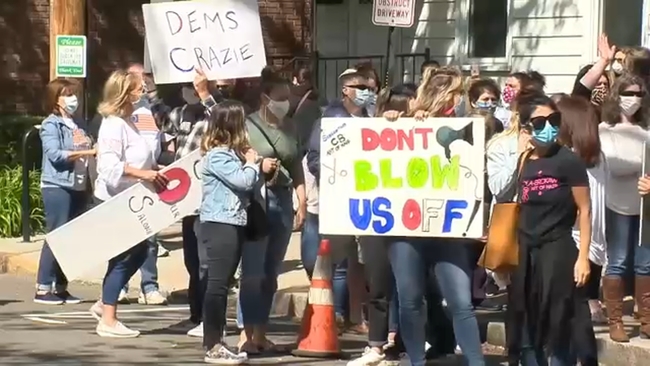 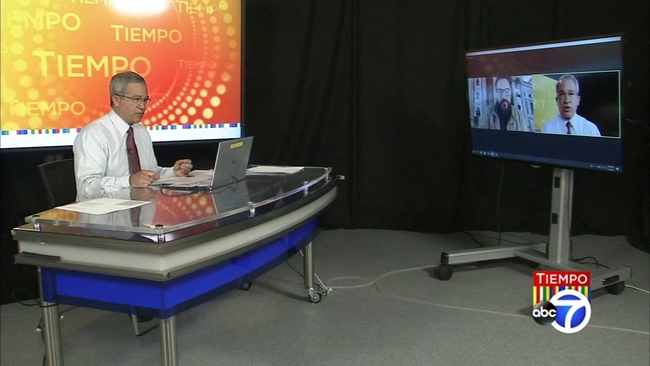 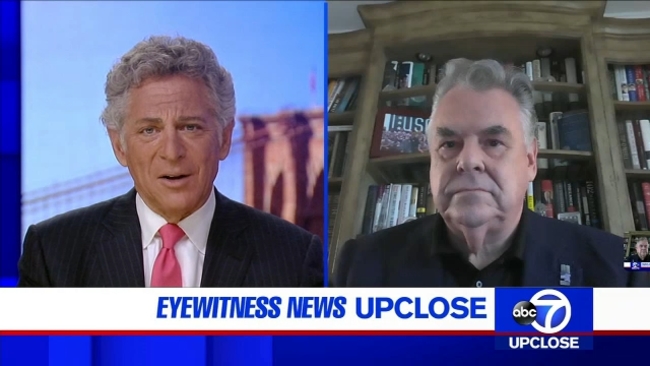 No curfew planned in NYC as George Floyd protests resume