Carjacking suspect arrested, charged in Queens after being restrained by good Samaritans 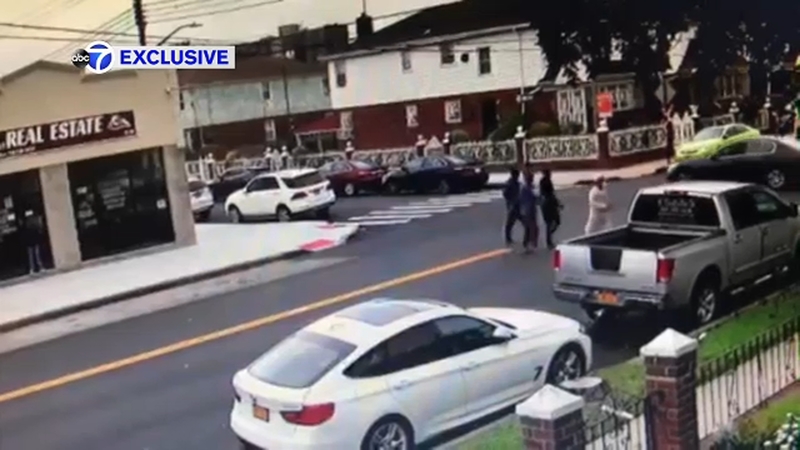 OZONE PARK, Queens (WABC) -- A suspect is in custody and police are searching for a second suspect after the pair allegedly carjacked a driver in Queens Friday.

Police said the victim was sitting in his car near 79th Street and Glenmore Avenue in Ozone Park just after 12 p.m. when the two suspects approached the vehicle, opened the driver's side door, and demanded his phone.

The victim MD Rahman, 28, is a member of the Al-Furqan Jame Masjid mosque and lives nearby.

He said the two males demanded he give them his cell phone.

Rahman refused and that's when he says the suspects showed him a knife and sprayed him in his left eye with pepper spray.

Watch this exclusive video which shows a group of good Samaritans restraining a carjacking suspect in Queens Friday.

Rahman got out of the car and the suspects got in.

Rahman said another car blocked in the road so they couldn't drive away.

Rahman said the suspects reversed down the road and hit a few cars. They jumped out and Rahman said he chased after them yelling to members of the mosque who were outside praying to help him catch them.

In surveillance video obtained exclusively by Eyewitness News, you can see the suspect after allegedly trying to steal the car walking slowly down 77th Street, sitting on the grass and ducking between two cars when he sees the congregants coming after him. He runs into the road where he is intercepted by members of the congregation, including Rahman.

Congregants held the teen by the wrist until police arrived.

They are still searching for one more suspect.

Certified medical assistant Asia Allen was working at the mosque doing COVID testing, so she helped Rahman who was in pain from the pepper spray.

"He was complaining that his eye was hurting. It was burning. He definitely showed signs that it was burning and it had needed to be washed out properly," she said.

Allen said she told Rahman to tilt back his head and she poured a bottle of water over his face.

"He could definitely see better before the ambulance came," Allen said.

Rahman went to the hospital. He was released a short time later and returned to the scene to retrieve his car.