35-year-old suspect in custody after breaking into Queens apartment, stabbing man to death 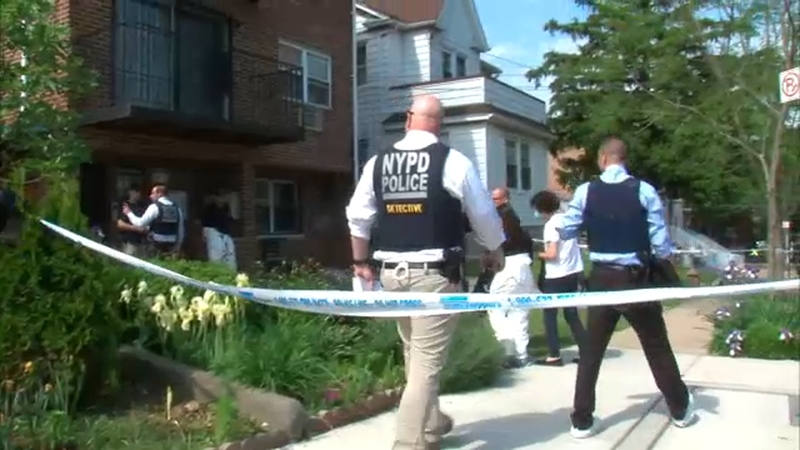 FLUSHING, Queens (WABC) -- A man was stabbed to death by a suspect that broke into a second-floor apartment Sunday in Queens.

The incident happened just after 2 a.m. at 57th Road in Flushing.

Police said a 35-year-old suspect broke into the second-floor apartment from the balcony.

A couple inside was awaken by the intruder, who stabbed a 35-year-old man multiple times.

He was pronounced dead by police.

The victim's wife then ran out of the apartment for help.

Responding officers saw the suspect climbing down the balcony of the apartment.

Police said a 35-year-old suspect broke into a second-floor apartment in Flushing, Queens before stabbing a man to death.

The suspect also tried to gain entry to a third-floor apartment by climbing up the balcony, but was not able to get in.

Police used a taser on the 35-year-old, and took him into custody. He was then charged with murder, burglary, and criminal possession of a weapon.