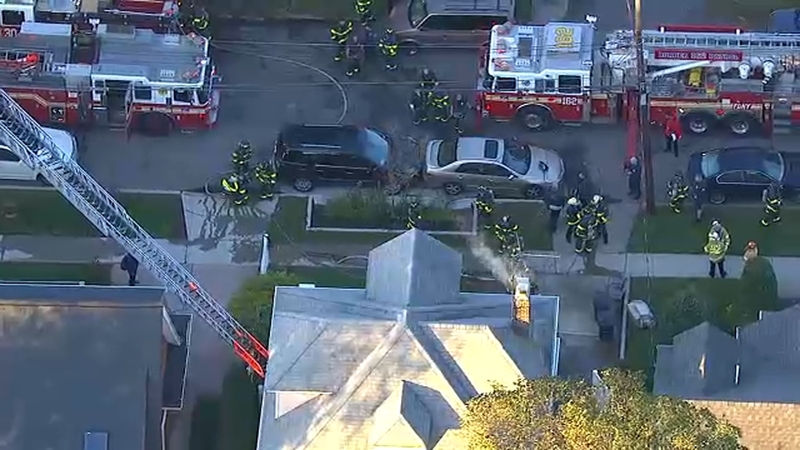 QUEENS VILLAGE (WABC) -- A fire broke out inside a home in Queens injuring two people on Wednesday morning.

The fire broke out in the basement of a home on 214th Street in Queens Village just after 6:30 a.m.

Newscopter 7 was over the scene just after 7 a.m. and saw the FDNY response underway.

Two victims were taken to Nassau University Medical Center with burns. It is not yet known how badly they were injured.

The ages and identities of those hurt in the fire are not yet known. It's also not known if anyone else was home at the time of the blaze.

The cause of the fire is under investigation by the Fire Marshal.