The DEA announced an increase of colored fentanyl coming to New York and unveiled a disturbing new trafficking tactic being used. Kemberly Richardson has the story.

The DEA and law enforcement partners announced the first significant seizure of so-called rainbow fentanyl. It happened on September 28 when agents and officers stopped a vehicle on the Manhattan side of the Lincoln Tunnel that contained 15,000 multicolored pills.

The pills were imprinted with "30 M" to resemble 30mg oxycodone hydrochloride pills, usually prescribed to treat severe pain after an operation or a serious injury.

"The pills look like candy," said New York City's special narcotics prosecutor Bridget Brennan. "We believe it is critically important to educate the public about this new form fentanyl is taking."

Rainbow fentanyl began showing up on the streets on the West Coast in February and has gradually made its way across the country.

The multicolored pills are similar looking to party drugs and are meant to be more appealing so Mexican cartels responsible for trafficking them can cultivate a new market among younger people, according to the DEA's Frank Tarentino, who called it "newly packaged poison."

"Fentanyl is everywhere and it is on everything," Tarentino said, noting some of the pills seized in the car were discovered in a yellow LEGO box.

The DEA says it seized 36 million lethal doses nationally after launching a 15-week enforcement and education campaign titled, "One Pill Can Kill."

About 500,000 of those lethal doses were found in New York State.

The 15,000 pills seized in New York City have an estimated street value of $300,000. Letitia Bush of Trenton, NJ was arrested on charges of criminal possession in the first and third degrees.

This was the largest seizure of fentanyl pills in New York City.

The DEA said it was important to sound the alarm about rainbow fentanyl before Halloween since the pills can look like any common candy. 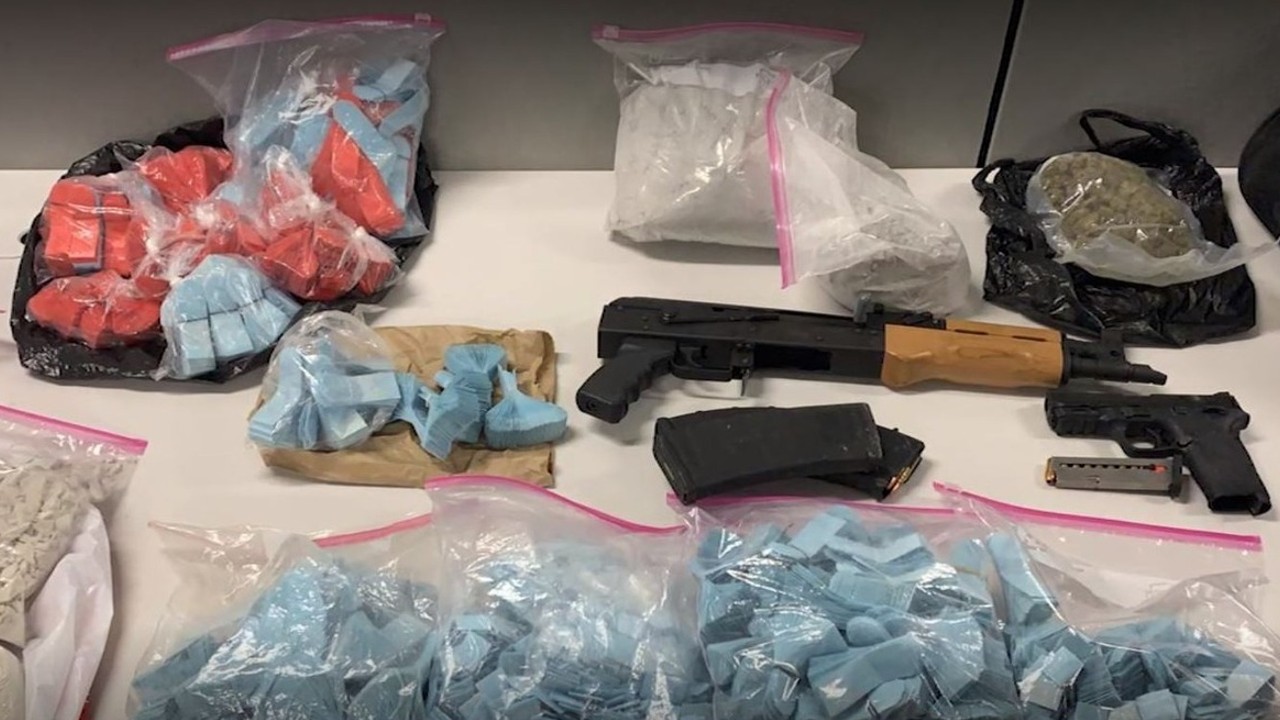 Increase in fentanyl and firearms seized from NYC apartments