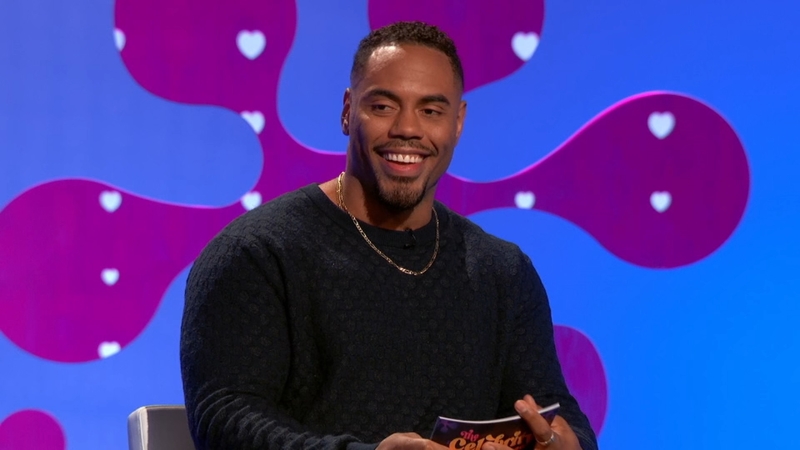 Rashad Jennings looks for love on 'The Dating Game'

Rashad Jennings ended his NFL career with the New York Giants and credits the fact he played football in the Big Apple with giving him more opportunities after he left the sport.

His popularity and natural charisma led to appearances on "Dancing With the Stars" and other ABC shows, and his latest comes playing "The Dating Game."

Asking questions of three potential dates he cannot see, Jennings was as smooth as he was as a pro running back.

"It's different, because you don't know who you're talking to, which I kind of appreciate," he said. "You're just actually listening, and you're trying to see if you can connect with somebody based upon what you're hearing, not what you see."

"The Dating Game" originated back in 1965, and its format has stood the test of time -- though there have been a few tweaks through the years.

The new version has Michael Bolton singing a song about each contestant, but asking questions remains the key. In fact, Jennings maintains it's the key to any great date.

"Very rarely do I even get into the things that I do, what I am known for, on any date or any casual meeting with a person," he said. "I don't talk about football unless they ask."

He urges potential dates to look beyond his fame to the person inside.

And he's long been a romantic.

"I'm the guy in the locker room that talks about love and relationships and burns candles and plays Frank Sinatra," he said.

That is just one reason why he managed to win the Mirror Ball Trophy on "Dancing with the Stars" in 2017.

"I was able to express the vulnerability that's inside of me as a man," he said.

Lil Rel Howery, D.L. Hughley and Joel McHale try to find out who is the wheelchair motocross champion on "To Tell the Truth."

He added that he knew nothing about ballroom dancing before he started on the show, and after it was all over, he felt permanently changed.

"It teaches you how to connect with somebody," he said.

And connecting is just what he was trying to do on "The Dating Game."